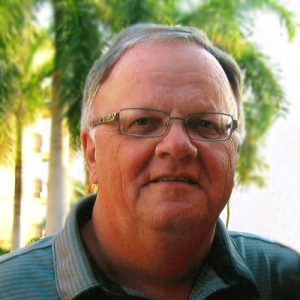 It is with great sadness that the family of Donald George Bassett wishes to announce his passing on April 7, 2019 at the age of 70 in Kelowna, B.C after a lengthy illness.

He was predeceased by his Mom & Dad, Betty & George Bassett and two sisters, Margaret Rutz, & Georgina McHenry, as well as his brothers-in-law, Gordon Rutz and George McHenry.

Don will be forever remembered for his love of family vacations, fishing, hunting, boating & especially his faith in the Rider Green dynasties.  He was a very knowledgeable armchair coach & quarterback and correctly called the plays many times for games!

His name is memorialized on the wall at Mosaic Stadium which is very appropriate! Many summers were spent at the family cabin at Waskesiu, SK especially after his retirement from the Bank of Montreal where he had a successful 35-year career which relocated the family to many cities in Alberta & BC over the years.  Travel to watch grandchildren take part in many sports and activities was very important to Don.   He was extremely proud of his entire family.  Our lives will never be the same and we will miss him dearly.  He was a wonderful husband, dad, grandpa and uncle!

A private family memorial will be held in Don’s honour at a later date.

Memorial donations may be made in memory of Don to the Central Okanagan Hospice House, www.kghfoundation.com or to the Canadian Cancer Society, www.cancer.ca with much appreciation.

Send Condolences
Send Flowers or a Sympathy Card
Memorial donations may be made in memory of Don to the Central Okanagan Hospice House or to the Canadian Cancer Society with much appreciation. Link: www.kghfoundation.com, www.cancer.ca