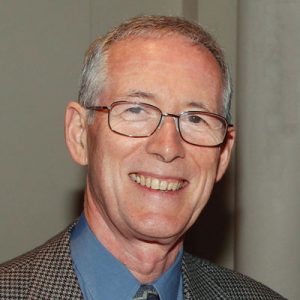 We announce with love and sadness that Geoffrey Bruce Broughton went home to be with his Lord and Saviour on February 15th, 2019, with his family by his side. He was predeceased by his parents Eric Geoffrey (d.2005) and Doris Susannah “Susie” (d.2011) Broughton, and is survived by his wife Brenda Broughton, his son Wayne (Carrie) Broughton, daughter Jeannette (Dave) Vantil, sisters Julia (Jim) Happer and Annetta (Steve) Poolman, grandchildren Casey, Caleb, Natalie and Tor, and his five nephews and their families.

Geoffrey was born during wartime evacuation on October 11th, 1944 in Evesham, England. He grew up in Chiswick and Ealing in west London, and obtained his B.Sc. in Mechanical Engineering at the University of Birmingham. It was there in 1964 that he met Brenda, who was a nurse at the local hospital. They married and moved to London in 1967, where Geoffrey worked on research in the Department of Anaesthetics at the Royal College of Surgeons to obtain his M.Phil. through the University of London.

After their first child Wayne was born in 1968, they moved to Toronto, Canada in 1969, where their second child Jeannette was born in 1971. Soon after this the young family moved west to British Columbia, living first in Richmond and later in Tsawwassen. Geoffrey’s career began with Orenda Engines in Ontario, and then continued in B.C. working with the Maintenance departments at Pacific Western Airlines, CP Air, Canadian Airlines, and finally Air Canada. He moved into management positions and eventually was the Director of Maintenance and Engineering before he retired in 2001. He and Brenda moved to Lake Country in the Okanagan in 2007.

Ever since his early days of rambling and hosteling in the English countryside, Geoffrey enjoyed hiking and being out in nature. He had a lifelong love of trains and was still in the midst of designing and building his own model railway at home. He volunteered at the Lake Country Museum, and has also left his family the extensive legacy of his many hours of work on our family genealogy.

Geoffrey was a role model of integrity to all who knew him as a kind, generous, and gracious gentleman. He was active in his church in each place he lived, serving his Saviour by helping others and working with youth. Intelligent, meticulous, thoughtful, quick to laugh, and ever ready to bend your ear on a subject he enjoyed, he will be deeply missed as a devoted and loving husband, exemplary dad and brother, wonderful Papa, and good-hearted friend.

His family would like to thank the medical staff at the Cardiac Surgery Intensive Care Unit at Kelowna General Hospital for all their compassion and care for Geoffrey in his final days.

In lieu of flowers, donations may be made to the Heart and Stroke Foundation www.heartandstoke.ca or the Kelowna General Hospital Foundation, www.kghfoundation.com. If you wish to send a condolence, post photos or share a memory, please scroll down the page to the area called “Share Your Condolences.”

Send Condolences
Send Flowers or a Sympathy Card
In lieu of flowers, donations may be made to the Heart and Stroke Foundation or the Kelowna General Hospital Foundation. Link: www.heartandstoke.ca, www.kghfoundation.com


The service for BROUGHTON, Geoffrey Bruce is scheduled for A Celebration of Life will be held on Saturday, May 18, 2019 at 2:00pm, at Grace Baptist Church in Kelowna, B.C. . Below you will find the map for the service location and the contact information should you have any questions.