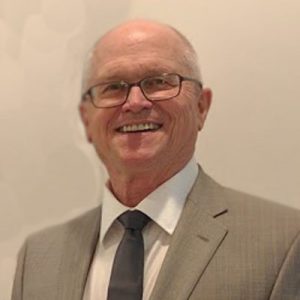 C.J. (Kip) Butler passed away peacefully at the age of 70 surrounded by his loving family and friends on the eve of December 23, 2018 after a long battle with pancreatic cancer. He is survived by his two children, Andrew and Claire, their mother Kathy Butler, his brother Bill and his sister Marcia.

Kip was born in Kelowna, BC to the late Melville and Lois Butler on April 27, 1948.  After completing a Catholic education through St. Joseph’s and Immaculata, he pursued a Bachelor of Arts in political science at the University of British Columbia followed by a Master’s degree from Queen’s before attending Osgoode Hall Law School at York University in Toronto (1975).  Kip began his career in Law articling in 1976 for H.A.D. Oliver in Vancouver before returning to his hometown in 1984 to start a family. He had a long successful career in Kelowna as partner with Thomas Butler LLP.

Kip enjoyed travel and could tell great tales of his experiences backpacking in Europe, Africa and the Soviet Union.  More recently his love of hockey has taken him all around North America to attend NHL games in various cities and to Malmo Sweden for the IIHF World Junior Championship (2014).  He was also an avid skier, both on water and snow, and enjoyed boating as a member of the Kelowna Yacht Club for over 25 years.

An accomplished musician, Kip played Bass guitar with various local acts and church groups, most notably the Rowdymen, bringing joy to many with their Irish gigs throughout the BC Interior. He was a dedicated and active member of the Liberal party on both the Provincial and Federal levels and sat on the Board of the Kelowna Share Society for three decades. Kip always had a passion for helping others and served selflessly as primary caregiver for his mother Lois during her final years. He was a man of the highest integrity, a kind and gentle soul, a model father and truly one of a kind. He will be deeply missed.

A Memorial Mass will be held on Saturday, December 29, 2018 at 1:00 pm at St. Charles Garnier Parish, 3645 Benvoulin Rd, Kelowna, BC.  In lieu of flowers, memorial donations may be made to Kelowna Share Society, www.kelownasharesociety.ca. If you wish to send a condolence, post photos or share a memory, please scroll down the page to the area called “Share Your Condolences.”

Send Condolences
Send Flowers or a Sympathy Card
In lieu of flowers, memorial donations may be made to Kelowna Share Society. Link: www.kelownasharesociety.ca


The service for BUTLER, C.J. “Kip” is scheduled for Saturday, December 29, 2018 at 1:00 pm . Below you will find the map for the service location and the contact information should you have any questions.