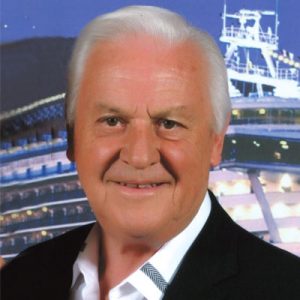 Rod, born May 12, 1932 in Bury, England, passed away peacefully in his sleep on April 18, 2019 at home in Kelowna, BC.  He was predeceased by his first wife and soulmate Georgina; mother Charlotte; father Haworth; sister Del; brother Allen; brothers-in-law Dick and Roy.

Rod is survived by his loving wife and travel buddy Arlyn; daughters: Corinne and Darcie; daughter (in his heart) Cindy; sons-in-law: Les and Shane; granddaughter Breanna; great grandchildren: Zanna and Lukus; sister Barbara and sister-in-law Gwen.  He is also leaving behind cherished nieces and nephews, including his namesake Rodney, “Little Rod.”

Dad was an exceptional scholar and athlete.  He attended grammar school in England, excelling in soccer and track and field.  His report cards were stellar and he earned many track and field gold medals, as well as being short listed for the Manchester United Football Team (that’s soccer for us Canucks!) before immigrating to Canada with his family.  He attended Kelowna Secondary School and acquired Canadian credentials while making life-long friends (you know who you are).

At the age of 18 he started working at the Bank of Nova Scotia as an accountant assistant, travelling the province working at many branches.  It wasn’t long before his exceptional attributes were noticed and in 1960, he was promoted to Manager of the extremely important Lytton Branch.  From there he was transferred, as Manager, to Salmon Arm and Kelowna, where he put down roots.  He insisted on staying to raise his family, even though he was offered higher paying/ranking positions in other cities.

Dad supported our “horse crazy” family with all his heart.  He purchased many horses, properties and untold amounts of equipment.  He took us down the road as a family with a smile on his face.  We competed on the entire horse show circuit for many years.  Dad’s support of our passion was unwavering and will be forever appreciated and cherished.

Rod loved all animals, especially cats.  One of his many annual charitable donations was to the Okanagan Humane Society.  Memorial donations may be made to them through www.okanaganhumanesociety.com.

A private family Graveside Service will be held.

Service
A private family Graveside Service will be held.


The service for DEWHURST, Rodney is scheduled for A private family Graveside Service will be held.. Below you will find the map for the service location and the contact information should you have any questions.