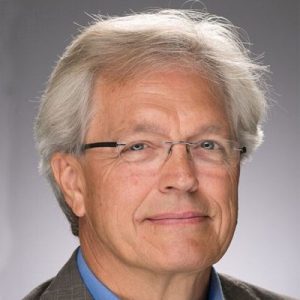 With great sadness, the family of Jim Diederichs announces his passing on Friday, July 5, 2019. Jim passed peacefully at home in Peachland, BC with his family by his side after a 9-month battle with glioblastoma (brain cancer).

Jim was born June 2, 1954 to Walter and Joy Diederichs in Prince Albert, SK. For the most part, Jim grew up on the family farm just outside of Cudworth.  He went off to St Peter’s College boarding school in Muenster, Saskatchewan to complete his high school. He then spent a brief period of time at University in Saskatoon before arriving in Edmonton, Alberta in 1972 where he met his future wife Brenda. He and Brenda were married on July 12, 1975 and eventually moved to Coquitlam, BC where their two children Kirsten Joy and Brett James were born. In 1995 the family moved to Toronto, ON where Jim worked as an executive for many years with Rogers Media and completed his working years with Fortinet.  Jim and Brenda both retired at the end of 2016 and arrived in Peachland in the spring of 2017 after a year of travelling and playing golf, one of Jim’s greatest past times. Jim also played softball in the media league in Toronto for many years and was considered one of the team’s best players by all of his younger teammates.

Jim is survived by his loving wife Brenda (née Saboe) and their children Kirsten (and partner Matt Pereira) and Brett (and partner Madison van Rijn); his mother Joy; brothers Tom (Shelley), Peter (Susan), Jeff (Karen) and sisters Cynthia (Mario Bruketa) and Colleen (Steve Butt). Jim is also survived by his family on the Saboe side; Dennis, Wendy (Rick Dale), Janice, Diana (Ramon Donati), Donna, and many nieces and nephews on both sides of the family.  Jim is predeceased by his father, Walter and Brenda’s parents, George and Bea Saboe (née Cote).

Jim will be remembered as a loving husband and father. Family, friends and colleagues will remember him for his frank approach, supportive nature, quick wit and an endless sense of humor.  His ability to gently tease everyone and get away with it will be affectionately remembered by many.

In lieu of flowers, the family has asked for donations to either the Kelowna chapter of the BC Cancer Society, or alternatively to the Parrot Island Sanctuary in Peachland, one of Jim’s favorite pastimes in recent months.

THIS SERVICE WILL BE BROADCAST/LIVESTREAMED ON THURSDAY, JULY 11TH AT 1:00 PM.


The service for DIEDERICHS, James Walter “Jim” is scheduled for Thursday, July 11th at 1:00 PM . Below you will find the map for the service location and the contact information should you have any questions.