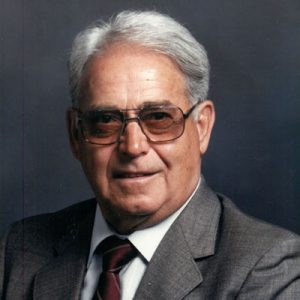 Don passed away peacefully in hospice care on May 20, 2018 at the age of 94.  He was born on January 30, 1924 in Abbey, Saskatchewan to Scottish immigrants, Duncan Thom Shaw and Mary Coburn.  Don is survived by and will lovingly be remembered by his wife Donna (nee Murphy), sisters-in-law Mary Shaw, Penny (Doug) Sherman, brother-in-law Guy (Ardene) Murphy and numerous nieces and nephews.

Don was predeceased by his parents; brothers John, Jim and Matt and sister Doris.

After completing his education, Don helped run the family farm while his 3 older brothers enlisted in the armed forces.  He began his 34 year career with Mobil Oil in 1952 and soon after married Donna Murphy of Neville, SK on August 5, 1953.  They called many places in Saskatchewan and Alberta home over the years with Don covering many miles in both provinces during that time.

Retirement brought them to Kelowna in 1986.  They became original members of the Sunset Ranch Golf & Country Club, where they both enjoyed the camaraderie of many friends.  Don loved to golf and continued to play into his 90’s.  In addition to golf, Don curled and as a young man played baseball in Saskatchewan.

In lieu of flowers, donations can be made to the Canadian Cancer Society.

Send Condolences
In lieu of flowers, donations can be made to the Canadian Cancer Society.


The service for SHAW, Donald Duncan is scheduled for June 23, 2018 4:00 pm. Below you will find the map for the service location and the contact information should you have any questions.