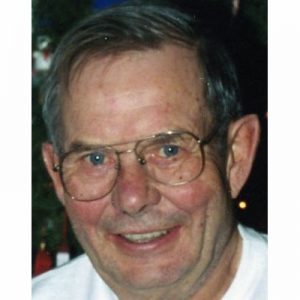 It is with great sadness that the family of James (Mac) Gibbs announce his passing after surgery for a broken hip, on Friday, May 18, 2018 at the age of 84 years.  Mac will be lovingly remembered by his sons Andrew of Kelowna and Chris of Toronto.  Mac was predeceased by his daughter Lori Gibbs.  Mac will also be fondly remembered by his five grandchildren, Conner, Zachary, Sarah, Melissa and Jenna.

Mac retired in the Okanagan in 1992 at the age of 58 after a career in the mining business that spanned four different countries and mines that played important roles within their communities.  His fondest years are from Gibraltar, near Williams Lake, BC, where he was the first General Manager of the mine and forged lifelong friends with people. He spent his university years at the University of North Dakota to become an engineer and also became the president of the local Sigma Chi fraternity chapter house.  His journey to university came from his roots in Norwood Winnipeg where he loved hockey and good friends.

A Funeral Service in memory of Mac will be held on Friday, May 25, 2018, at 1:00 p.m., at the Springfield Funeral Home, 2020 Springfield Road, Kelowna, BC. A reception with family and friends will follow.  Those who so desire may make memorial donations to the Salvation Army Kelowna.

Send Condolences
Memorial donations may be made to the Kelowna Salvation Army Link: www.kelownasalvationarmy.ca


The service for GIBBS, Mac is scheduled for Friday, May 25, 2018 at 1:00 pm. Below you will find the map for the service location and the contact information should you have any questions.