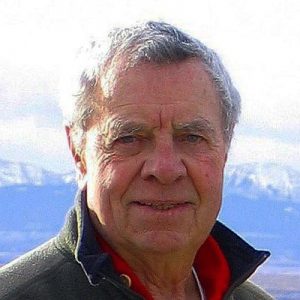 It is with great sadness we announce the passing of Edward Alfred Haid in Kelowna, at the age of 87, on November 5, 2019. Ed was predeceased by his brother, William Haid in 1992 and his wife, Shirley Haid (nee Kernen) in 2017.

Ed was born in Saskatoon on February 16, 1932 to Charles and Aileen Haid (nee Flannigan). Much of his growing up years were spent in Humboldt and Rosetown until he moved back to Saskatoon to attend City Park Collegiate. Ed’s university days were spent in the faculty of Agriculture at U of S majoring in Dairy and Food Sciences. His degree landed him a job in Regina with Molson Brewery in 1954. Ed remained a loyal Molson employee until his retirement. A chance meeting with a high school classmate (his future wife) at an airshow in Regina altered Ed’s life forever. Ed and Shirley were married in Saskatoon on April 2, 1956. After several moves for training purposes with Molson’s, Ed and family eventually settled in Regina. Ed was always involved in the kid’s activities ranging from the Lion’s Band to motocross and ski racing. Ed and Shirley retired and moved to Anglin Lake in 1988 where they made their new home. Ed spent much of his time building their cabin additions and helping others with their own projects. Winters were spent in BC near excellent skiing for Ed and quality shopping & fine arts for Shirley. Ed’s interest in skiing took him and Shirley to many a wonderful ski resorts in Western Canada, the States, even as far away as Switzerland. They moved to Kelowna in 2013 and were able to continue enjoying summers at beautiful Anglin Lake. Ed will be lovingly remembered by his children Mark (Liz) of Kelowna, Lawrence (Heather) of Regina, Linda (Walter Egg) of Destruction Bay, YT, Michael (Shaindy) of Cochrane, AB and Nancy (Doug Vanbeselaere) of Calgary. He will be deeply missed by his grandchildren Taylor & Drew Haid and Heidi & Simone Vanbeselaere. Ed will also be dearly missed by his two sisters, Kathleen Toth (Delta) and Diane Bowman (Victoria) and sister-in-law, Adele Krahn (Texas) and their families. Ed touched the lives of many through his generosity – sharing his time and knowledge. His workshop was a common gathering point for those wanting advice on a building project or looking to borrow a tool.

The family would sincerely like to thank the staff at Central Okanagan Hospice House and Dr. Michael Bobyn for their excellent and compassionate care as well as the many friends that supported Ed and family.

A Funeral Mass will be held Thursday, December 12, 2019 at 10:30 am at St. Charles Garnier Catholic Church, 3645 Benvoulin Rd. Kelowna. The family invites all for fellowship following the service. A memorial mass at Christopher Lake, SK will be held at a later date. In lieu of flowers, donations can be made to the Kelowna Hospice House, hospicehousekelowna.com or by cheque to KGH Foundation (specify “Hospice House” on memo line), 2035 Ethel St. Kelowna, BC V1Y 2Z6, or Helping Hands, St. Mary’s Parish, Box 97, Christopher Lake, SK S0J 0N0.


The service for HAID, Edward Alfred is scheduled for Thursday, December 12, 2019 at 10:30 am . Below you will find the map for the service location and the contact information should you have any questions.