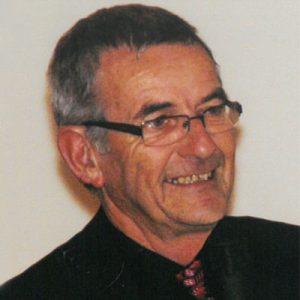 Born in Bussum, Holland on August 8, 1946, he emigrated to Canada with this parents and younger sister in 1954. They settled in Winnipeg, MB and, in his late teens, in Victoria, BC. A year or so later, he began his career as an outstanding marine mechanic.

He is survived by his loving wife Penny of 38 years, his two beautiful daughters Kirsten Kalis and Nikki (Paul) Dyson, son Lukas and only grandson Seth Kalis. Pieter also leaves behind his sister Ineke (Don) Cameron of Winnipeg MB, nephews Darrin Paley (Elizabeth and Reeves) of New Bern, N.C., Tyzen Paley of Las Vegas, NV, and Grant Paley (Laura and Winter) of Toronto, ON, as well as cousins in Holland, sister-in-law Judy Robinson of Kamloops, BC, nieces Kim Harvey and Tina (John O’Connor) and grandnieces and nephews Devona, Hope, Skyler and Keylan, sister-in-law Joyce Williams (Skip Fuller) of Red Deer, AB and her family, as well as other nieces and nephews in British Columbia and Alberta.

Predeceased by his parents Peter and Alie Kalis in 2001 and 2005 respectively, sister-in-law Ann Burton and brother-in-law Bill Davies.

A memorial celebration of life will be held Sunday, October 14 at 10:00 am at Springfield Funeral Home, 2020 Springfield Rd, Kelowna, BC with a reception to follow.

At this time, we wish to thank Dr. Sanjay Rao, Dr. Wall and all the staff at the Kelowna Cancer Centre and Kelowna General Hospital – 4B and our family physician Dr. Nathan Strauss for all their kindnesses and assistance to Pieter.  Thank you as well to the Hospice staff for their help and care during his very short stay there.

In lieu of flowers, memorial donations to the Central Okanagan Hospice House, www.hospicecoha.org  or BC Cancer Foundation www.bccancerfoundation.com  would be appreciated. If you wish to send a condolence, post photos or share a memory, please scroll down the page to the area called “Share Your Condolences.”

Send Condolences
In lieu of flowers, memorial donations to the Central Okanagan Hospice House, 2035 Ethel Street, Kelowna, BC V1Y 2Z6, or BC Cancer Foundation would be appreciated Link: www.bccancerfoundation.com


The service for KALIS, Pieter is scheduled for Sunday, October 14 at 10:00 am . Below you will find the map for the service location and the contact information should you have any questions.