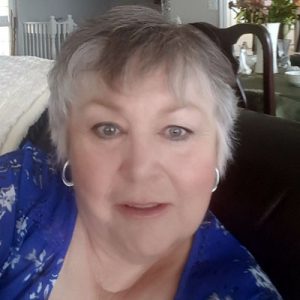 It is with great sadness that the family of Janet Eleanor Lamont announce her passing on December 19, 2018, in Kelowna, BC, at the age of 71 years.  After a two-year battle with cancer, Janet fought her last fight and is now at peace.

Kelowna has been home for Janet for over 50 years and it is here she began her career as a jeweler for Birks Jewellers and founded Okanagan Collie Rescue.  Janet’s devotion to her family, friends, and animals are a legacy which will burn bright for many years.

Janet is survived by her loving husband of 42 years, Robert Lamont; her daughter, Cynthia Lamont and twins, Connor and Aislinn, of Calgary, AB; Michael Lamont, of Ithaca, New York; and David Lamont, wife Jackie, and daughters, Madeline and Kaitlin, of North Vancouver, BC.  There will be a celebration of life for Janet in the Spring of 2019.  In lieu of flowers, please donate to Janet’s favourite charities, Okanagan Collie Rescue (www.collierescue.ca) or the Juvenile Diabetes Research Foundation (www.jdrf.ca).

Service
Celebration of Life to be held in Spring 2019


The service for LAMONT, Janet E. is scheduled for Celebration of Life to be held in Spring 2019. Below you will find the map for the service location and the contact information should you have any questions.