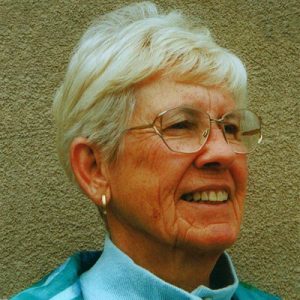 Celebrate with us the life of Jean Marion Leiper who died in Kelowna November 12, 2019 at the age of 90.  Daughter of Lillian (Polley) and Lawrence Leiper, Jean was born in Vancouver. Close family members are sister Carol Leiper of Philadelphia, PA and cousin Christopher and wife Kristal Polley of Kelowna.

Jean attended UBC graduating with a Bachelor of Physical Education in 1951.Twenty-five years later in 1976, she received a PhD from the University of Alberta studying the development of Olympism.  Part of her work included six months in Lausanne at the headquarters of the International Olympic Committee offices reading and translating minutes relating to the emergence of the modern games.

Through her study of the Olympic movement Dr. Leiper developed a great love for Greece.  For several years she organized a summer study abroad course for students to spend 2 weeks in Greece learning about the historical sites and attending the International Olympic Academy at Olympia. Jean was also one of the few women invited to address the Academy at that time.

Because of her knowledge of Olympism she was selected to advise CTV on the flame lighting ceremony in Greece for the 1988 Winter Olympics.  When the flame lighting was televised, Dr. Leiper was one of the anchors explaining the ceremony to Canadian viewers.  She was also one of the torch bearers in Calgary.  In 2010 one of her former students was the organizer of the torch relay for the Vancouver Olympics and he made sure Jean was a torch bearer since her enthusiasm had inspired him to become involved.

Jean also was involved with the Alberta Sports Hall of Fame. Between 1983 -85 the memorabilia were stored in her basement.  In 1985 Dr. Leiper was instrumental in getting Petro Canada to donate display and office space in their building in Calgary.  At that time she was Chairman of the ASHF standing committee.

In spite of all these activities, Dr. Leiper most enjoyed teaching and interacting with students.

After retirement Jean moved to Peachland, BC and spent winters in Palm Desert.  Her love of sports and the ability to watch so much on television sustained her as she became more frail and unable to travel.  As per Jean’s wishes cremation has taken place and no memorial service will be held. If you wish to send a condolence, post photos or share a memory, please scroll down the page to the area called “Condolences”.

If you knew and admired Jean, please support the organization Right to Play.  This organization provides the opportunity for children who are under privileged, refugees or in war torn areas to play games.  righttoplay.ca. 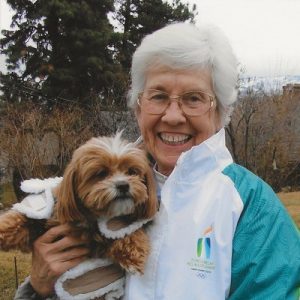