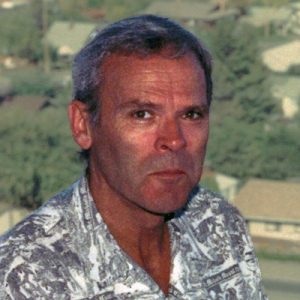 On Friday, May 17, 2019, the life of a very special man came to a peaceful close with his wife, Janet, and brother-in-law, Kim Barker, by his side.

Gerald Bennett Lepper was born at home in Irricana, Alberta, on December 29, 1937, to Aubrey Paul James Lepper and Marion Lepper (née Wray).  He was raised on a farm on land homesteaded by his Wray grandparents near Irricana, along with his sister Lorna and brothers Mervyl “Merv” and Aubrey “Rey”.  He helped with his parent’s farm until meeting and marrying Janet Barker on June 9, 1962, and worked as a welder, even though his preference was always to be a farmer.  In 1969, they moved from Calgary to Kamloops BC where he worked as a steel fabricator and foreman until his retirement.  Gerald was talented at so many things and put his artistic touch on the design of the beautiful back yard and pool, of 33 years, which was enjoyed by family and friends over many years. He also lovingly restored a 1967 Plymouth Sport Fury convertible to collector status.  During their working lives, Gerald and Janet travelled to Europe and Hawaii, toured the U.S. and Canada in their 5th wheel, and their trip to Australia with Gerald’s brother Merv and Anne was one of his dream trips. After retiring to Leisure Village in West Kelowna in 2012, to be closer to family, they made their final trip driving across Canada, coming back through the States, visiting the town in Pennsylvania where his Grandmother Wray was born.

Gerald was predeceased by his mother and father, his sister Lorna Nutini, and his borther-in-law Murray Barker. He is survived by his wife Janet, brothers Merv (Anne), Rey (Jeanie), his brother-in-law Don Nutini, sister-in-law Arlene Baker, brother-in-law Kim Barker (Linda) and many nieces and nephews, cousins and friends.  He will always be remembered for being a quiet and gentle man with a dry wit and wonderful sense of humour.  Janet would like to thank Dr. John McNern for his care over the past years, , Dr. E. Welsh, Dr R. Perini and all of the doctors and nurses who attended Gerald in the last week of his life on Ward 4B, Royal Building, Kelowna General Hospital, especially the nurses who took such loving care of him in his final moments.

Janet was able to thank Gerald for giving her such a wonderful life as her husband and her best friend. “I have lived with you and loved you, and now you are gone. Gone where I cannot follow, until I have finished all of my days.  -Victoria Hanley”

There will be no service, but a gathering of family and friends is planned for late summer to honour Gerald’s life. If you wish to send a condolence, post photos or share a memory, please scroll down the page to the area called “Condolences.”

Location
There will be no service, but a gathering of family and friends is planned for late summer to honour Gerald’s life