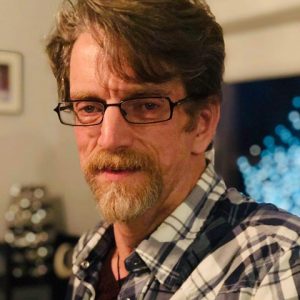 It is with sad hearts that the family of Christopher “Chris” Donald MacKenzie announce his sudden passing as the result of a traffic accident on July 26, 2019. He is survived by his husband, Bill Litwin, mother Mary Lu MacKenzie, brother Richard (Cathy), nephews Jordan (Trish), Jasper, Benjamin and Carson MacKenzie, along with many family members in Ontario and the U.S. He was predeceased by father Elwood and brothers Peter and David.

Chris was born at 8:05 a.m. on December 12, 1961 in Marathon, Ontario. He was raised in Marathon and worked as River Driver and Lifeguard.   He loved animals from an early age and carried that love throughout his life.  He went to Sault College in Sault Ste. Marie to study nursing. He finished his education as an Emergency Medical Care Assistant at Cambrian College in Sudbury, ON and worked as an ambulance attendant throughout Ontario. A work place injury prompted him to retire to Kelowna, BC where he became active in a variety of community groups including: The Ponderosa Spinners, Weavers & Fibre Artists Guild; the Kelowna Dragon Boat Club; and the Shire of Danscombe – SCA, travelling throughout the Pacific Northwest to attend the various events for these organizations, where he made many new friends.


The service for MACKENZIE, Christopher Donald is scheduled for Thursday, August 29, 2019 at 1:00 pm . Below you will find the map for the service location and the contact information should you have any questions.