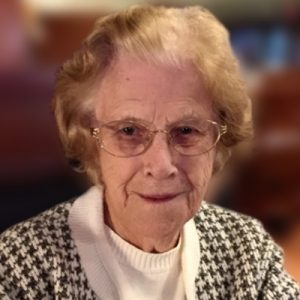 Rose Patraschuk (nee Hawryliw) went to The Lord peacefully in the arms of her son on Sunday, September 15, 2019 at Cottonwoods Extended Care Centre at age 96.

Rozalia Hawryliw was born in Lviv, Western Ukraine on November 22, 1922 to William and Maria Hawryliw.  She arrived in Canada in 1924 when only 2 years old.  She lived on the family farm outside of Glaslyn Saskatchewan for 25 years, with her brother Michael (born 1926-deceased 2018) and sister Ann (born 1929).  Then she met George Patraschuk of Samburg, Saskatchewan and became a farmer’s wife and fulltime, lifetime partner of 54 years, until George’s passing on October 30, 2001.  George and Rose lived also in Marsden, North Battleford, Saskatoon, Humboldt, back to Saskatoon, and then to retirement in Kelowna in 1974.

Rose was proud of her heritage and culture and was devoted to the Ukrainian Orthodox Church following the traditions taught by her parents who passed away in 1984 (her father) and 1993 (her mother).  She was a member of the Ukrainian Women’s Association since a teenager.  Rose was talented and creative in cooking, baking, preserving, gardening, embroidery, pysynky Easter eggs, small business, and creating beautiful Ukrainian wedding bread (Koravai).

Rose is survived by daughter Elaine and son Orest (Leanne) who had three beloved grandchildren for Rose: Carrianne, Robin, and Hallie.  Carrianne blessed her Baba with 2 great-grandchildren: Avery and Clea.  MEMORY ETERNAL.  LOVE NEVER DIES.  The family is very grateful to Cottonwoods Care Centre for their gentle, loving care and to ALL who were kind to this remarkable woman in her long lifetime.


The service for PATRASCHUK, Rozalia is scheduled for Thursday, September 20, 2019 at 11:00 am. Below you will find the map for the service location and the contact information should you have any questions.