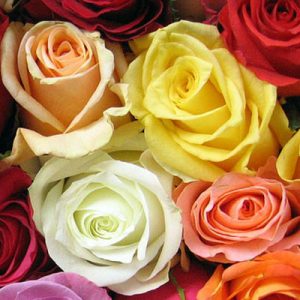 Anne Pfliger, age 93 years young passed away quickly and peacefully, surrounded by her loving family members at Tabor Care Home in Abbottsford, BC on Friday, March 15, 2019.

Born in Grayson, Saskatchewan to Frank and Rose Flegel, Anne married Thomas Pfliger (predeceased 2008) in October 1947, together they lived the majority of their lives in Kelowna, BC.

Anne was predeceased by her sisters Mary Horning, Julia Dietrich and Matilda Balch and brothers Adam and Joe Flegel.  She is survived by her brother John (Bev) Flegel and sister Theresa Graf.  She will be greatly missed by her children June Matheuszik, Laurel (Doug) Phyall and Terry Pfliger; her grandchildren Patricia Phyall, Ryan (Dara) Matheuszik, Kimberlee (Ricardo) Araya, Cassandra (Peter) Smith and Bradyn and Amber Pfliger; her great grandchildren Reid and Sebastian Araya, Liam and London Smith and Amara Phyall.  She is also survived by her many nephews and nieces, too many to list here.

She will be fondly remembered for her quick wit, good sense of humour and as a loving mother, grandmother and great grandmother (GG).   Anne had a remarkable green thumb and loved to garden, growing both flowers and vegetables in any area she could cultivate, including pots on her deck in later years.

A Funeral Mass will be celebrated by Father Wayne Pfliger at 11:00 am on Saturday, June 22, 2019 at Corpus Christi Catholic Church, 750 Rutland Rd., Kelowna, BC. Burial of Anne’s ashes will be in St. Theresa’s Cemetery next to Tom.  The family would like to thank the staff of the Tabor Care Home for their excellent care of Anne in her last months.  In lieu of flowers donations will be gratefully accepted by the Canadian Cancer Society.  If you wish to send a condolence, post photos or share a memory, please scroll down the page to the area called “Condolences.”

Service
A Funeral Mass will be celebrated by Father Wayne Pfliger at 11:00 am on Saturday, June 22, 2019

Send Condolences
Send Flowers or a Sympathy Card
In lieu of flowers donations will be gratefully accepted by the Canadian Cancer Society Link: www.cancer.ca


The service for PFLIGER, Anne (neé Flegel) is scheduled for A Funeral Mass will be celebrated by Father Wayne Pfliger at 11:00 am on Saturday, June 22, 2019 . Below you will find the map for the service location and the contact information should you have any questions.