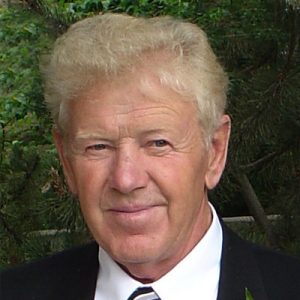 It is with profound sadness that we announce the passing of Johannes Schepp.

John was born January 29 in Odessa, Ukraine to Johanna and Karl Schepp. Early life was difficult as a German citizen growing up in the USSR. He fought and worked his way through many struggles and in 1958 he enrolled in medical school graduating with honours in June of 1963. In 1965 an opportunity to further his career presented itself and he became head of the stomatology department at Dnestrovsk regional hospital in Moldova. This is where he met the love of his life, Irma. In 1973 they married, and they had three children, Erwin, Mary and Edward.

In search of a better life John and Irma, were granted permission, given by the Soviet Union, to resettle in Germany as Heimkehrer (homecomers). Dr. Johannas Schepp opened his first dental practice in 1976, alongside dentistry his other passion was architecture and construction. He loved to design, draft and build. Throughout life he stayed extremely busy and enjoyed hard work, yet he always found time for family.

Family was the most important part of his life and he loved to travel the world with them. In 1982 he found Canada and Kelowna, BC. He was absolutely mesmerized by its beauty of country, people, and the call of the wild. Once again in search of a more relaxed lifestyle he uprooted his family and immigrated in October ’86. He maintained his dental practice in Stuttgart, Germany for over a year travelling back and forth. Tired of constant work travel, he sold his practice and went into construction and the maritime shipping industry, owning freighters and dredging ships. He never looked back. Somewhere along the line the hunting and wine making bug bit him; he had found his new passion. Freezers and cellars were filled to the top!

As he moved on in age his hectic and demanding life caught up with him. Due to hypertension John suffered a debilitating stroke in 2010 that left him paralyzed, never to regain full mobility again. Through fantastic and devoted home care by his wife Irma he was able to make it to the great age of 80. Sadly, dementia had now also taken its toll making the last few years of life difficult.

Johannes next journey began on the morning of September 03, 2019. Wherever his travels may take him, let the love and light given by so many to guide his passage. Till we meet again Dad, tschuess und aufwiedersehen!

John is predeceased by his sister Paulina of Germany and both of his parents. He is survived by his wife of 46 years, Irma; sons Erwin (Jennifer) and Eduard (Raelle); daughter Mary (Devon); grandchildren Sienna, Jade, Kennedy, Remington, Asher and Ryker; brother Alexander and family, of Germany.

He will be missed by all, especially his children and grandkids, extended family and many friends all over the world.

Services to be held on Friday, September 6, 2019 at 6:00 pm at Springfield Funeral Home, 2020 Springfield Road, Kelowna BC. Condolences may be sent to the family by visiting www.springfieldfuneralhome.com.


The service for SCHEPP, Johannes is scheduled for Friday, September 6, 2019 at 6:00 pm . Below you will find the map for the service location and the contact information should you have any questions.