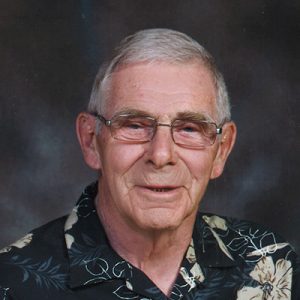 It is with great sadness we announce the peaceful passing of Keith “Bud” Sherris at Spring Valley Care Center in Kelowna, BC on Monday, June 24, 2019.
Bud is survived by his loving and caring wife, Louise, his daughter, Wendy (Rick), and his son, Wayne (Mona), and numerous cousins, nieces and nephews.  He was predeceased by his parents Myrtle and Henry “Harry” Sherris; his brothers Clifford and Wesley; his sister Norma; and his sister-in-law Betty and his brother-in-law Don.
Bud was born in the town of Minnedosa, Manitoba and attended Roseneath School.  He worked on his family’s farm until he joined the Royal Canadian Mounted Police in March of 1958, and at the conclusion of his training in Ottawa he was posted in Edmonton, Alberta, where he met Mary (Louise) Hauca. Bud and Louise married on May 27, 1961.
Following his service with the RCMP, Bud worked for the City of Edmonton as the Director of Bylaw Enforcement until 1993.
It was always Bud’s dream to live in BC’s Okanagan and in 1996, he and Louise relocated to Kelowna, BC, where they became active members of the community.   Bud volunteered his time to the Okanagan RCMP Veterans Association.  He was a devout member of the United Church.  Throughout his life and retirement he enjoyed all sports, but favoured curling, golf and most of all 10 Pin Bowling.
Bud was a truly dedicated husband and father. He loved spending time with his family and close friends.  He was a kind and gentle man, who enjoyed the outdoors and was very fond of animals.
Bud’s family would sincerely like to thank Dr. Ron Gore and all the staff of Spring Valley Care Center for taking such great care of Bud during his last few months.  They would also like to thank the many family members and close friends for all their love and support over the years.
A memorial service will be held on Friday July 12, 2019 at 10:00 am at the Springfield Funeral Home located at 2020 Springfield Road, Kelowna, BC. For those who are unable to attend, the service will be live streamed.
In lieu of flowers, donations may be made to the Alzheimer Society of BC (www.alzheimer.ca) or the BC Cancer Foundation (www.bccancerfoundation.com).

Bud will be forever missed.

THIS SERVICE WILL BE LIVE STREAMED FRIDAY JULY 12 AT 10:00 AM

Send Condolences
Send Flowers or a Sympathy Card
Alzheimer Society of BC or the BC Cancer Foundation Link: www.alzheimer.ca, www.bccancerfoundation.com


The service for SHERRIS, Keith “Bud” is scheduled for Friday July 12, 2019 at 10:00 am . Below you will find the map for the service location and the contact information should you have any questions.