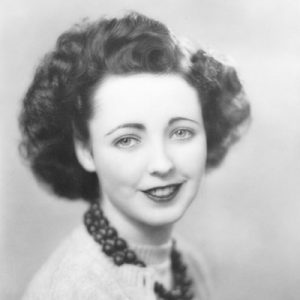 It is with great sorrow we announce Frances “Marion” Taylor (née McCormick) passed away at her home, Orchard Manor in Kelowna, BC on Wednesday, June 12 at the age of 95.  Marion is survived by her daughter Saralee Ann (Bob) Wallis (née Taylor) of Vernon, BC.  She has two grandchildren Sara of Kelowna, BC, and Graeme of Vancouver, BC, and many nieces and nephews across Canada who affectionately refer to her as Aunt Marion.

Marion was predeceased by her husband Stewart Taylor in 1979 and her son James William Taylor in 1962.  She was the sole surviving member of her family that included six brothers and one sister.

In World War II, Marion contributed to the war effort by working at an airplane assembly factory while five of her brothers served overseas.  After the war, Marion met Stewart Taylor while working for Saskatchewan Government Telephones; they were married in Moose Jaw, Saskatchewan in 1959.  They moved to Swift Current a year later and then to Regina where she lived until 1991.  After a 20-year career with Sask Tel, Marion worked for the Crown Management Board of Saskatchewan for another decade before retiring in 1988.  Shortly thereafter, Marion moved west to White Rock, BC to be close to her daughter’s family and in 2001 she moved to Vernon, BC along with them.

In 2009, Marion moved to Hawthorne Retirement Community in Kelowna, BC.  In the last 10 months Marion resided in Hawthorne’s Orchard Manor.  She met and enjoyed many new friends and was always participating in new activities and outings.  Marion especially appreciated the friendship, care and kindness provided by the staff.

Throughout her life, Marion was an accomplished golfer, reader, traveler, avid sports fan and committed to her Church.  She was dedicated to her community and was a member of the Catholic Women’s League and the SaskTel Pioneers.

Marion was a loving Grandmother and great friend and companion to her daughter – they shared a special bond. She will be missed and fondly remembered.

A Mass will be held on Saturday, August 24 at 11:00 am Holy Trinity  Roman Catholic Church in Regina, Saskatchewan.


The service for TAYLOR, Frances Marion is scheduled for Saturday, August 24 at 11:00 am. Below you will find the map for the service location and the contact information should you have any questions.