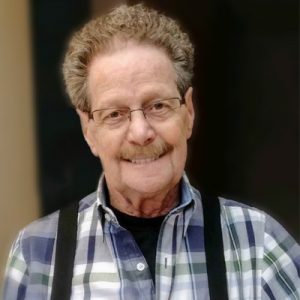 Melvin passed away peacefully on August 26, 2019, six days short of his 80th birthday, on what would have been his mother’s birthday. Mel was surrounded by his family as he entered his heavenly home.

Mel was born September 1, 1939 in Herbert, SK, the sixth of nine children. After serving in the Navy he received his barbering certificate and joined his father in what was known as the Turner and son barbershop, in Grande Prairie, AB. After his father passed, he continued on his own, and he also had a barbershop in McLennan, AB.  Mel then worked in the milk delivery business for many years in both Alberta and Kelowna, BC, and he also worked at Vanguard RV’s out of Winfield, BC. Finally, he worked at CJCC (Canada Japan Chopstick) factory until his retirement in 2003.

Mel had a love of collecting hockey cards, at last count he had over 7000 cards. He set up both grandsons with their own book of cards. Whenever the Vancouver Canucks were playing, you could find Mel in front of his big screen TV. Later he would enjoy discussing the game with his son or his brother “Casey”.

Another passion of Mel’s was wood working; over the years he made many items for Rose-Anne’s and his home and for other family members. He loved his trip to Nashville, TN and down south in 2006, as well as his trip to the Maritimes in 2007. Mel really enjoyed all the road trips to Alberta, Saskatchewan, and Vancouver Island over the years. Mel loved sewing heart monitor pouches for the cardiac unit at our hospital in Kelowna; he made many over the years. He was a man of many talents that loved keeping busy and helping people.

We wish to thank the caring medical staff that looked after Mel in the last few days at the Kelowna General Hospital; always very professional and caring.

A Funeral Mass will be held on Saturday, August 31, 2019 at 11:00 am, at Immaculate Conception Church, 839 Sutherland Ave, Kelowna, BC.  Prayers will be the night before on Friday, August 30, 2019 at 6:00 pm. Donations can be made to the Heart Fund, www.theheartfund.eu, or the Lung Association, www.lung.ca. If you wish to send a condolence, post photos or share a memory, please scroll down the page to the area called “Condolences”.

Send Condolences
Send Flowers or a Sympathy Card
Donations can be made to the Heart Fund or the Lung Association Link: www.theheartfund.eu, www.lung.ca


The service for TURNER, Melvin Lloyd “Mel” is scheduled for Saturday, August 31, 2019 at 11:00 am. Below you will find the map for the service location and the contact information should you have any questions.