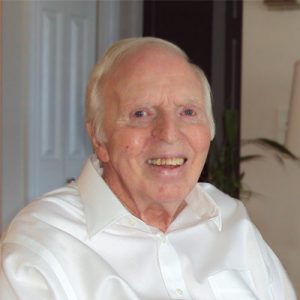 With sadness, we announce the passing of our husband/father/grandfather, Douglas Gordon Wall at the age of 77.  Peacefully, while he slept, he left us to be with family in heaven in the early morning of October 22, 2019.

He will be affectionately remembered by his loving wife, Eileen (Culbertson) Wall; his daughter Shannon Born (Robert Eggleston); and his grandchildren Adrian (Toni) Born, Taylor Born (Garrett Gilbert), and Sydney Born; as well as his stepson, Tony Culbertson; his stepdaughters Sam Deloume (Hugh Arrance), and Victoria Culbertson; and his many step-grandchildren and great grandchildren. He is also survived by his sister, Gloria Munro Croteau; his brother, Blaine Munro; and his youngest sister, Debbie. Doug was predeceased by his first wife, Rose Wall (née Knelson) and several elder brothers and sisters.

Doug was born in Swan River, Manitoba, January 25, 1942, and raised on his family’s nearby farm in Minitonas.  He had a strong work ethic, which he developed working on the family farm at a very young age.  In his spare time, he played on his local hockey and football teams and continued to be an avid fan of both sports throughout his life.  He was most known for his gift of music, entertaining people of all ages when he was just 10 years old.

Doug moved to Trail, BC in 1969 and worked as a gasfitter for Inland Natural Gas and played lead guitar and lead vocals in the Music Machine, a popular local band.  He moved to Kelowna, BC where he continued to share his love for music, helping to establish the Westbank Opry and later playing at the Army and Navy.

Anyone who knew Doug, knew him for his passion and talent for music, his wit, and his sense of humour. He was gifted with an ear for melodies and harmonies and a voice like Frank Sinatra.  He would mesmerize with his ballads and uplift with his rhythm and blues.  He was passionate about music and could inspire anyone with his gift, often performing as if he were lit from within. He will always be with us in our hearts…. He is singing in heaven now, entertaining all the angels.

A celebration of life will be held at the family home on Saturday, November 16, 2019 at 2:00 pm, contact family members for details. Donations can be made in memory of Doug to Diabetes Canada, www.diabetes.ca. If you wish to send a condolence, post photos or share a memory, please scroll down the page to the area called “Condolences”.


The service for WALL, Douglas Gordon is scheduled for Saturday, November 16, 2019 at 2:00 pm. Below you will find the map for the service location and the contact information should you have any questions.