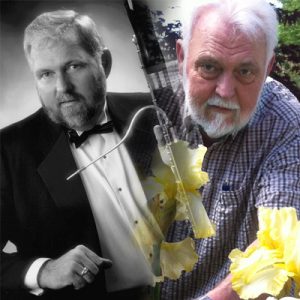 James Warren Mendenhall, 74, passed away peacefully January 14, 2020 at his home in Kelowna, BC following a battle with various heart and health issues. He was a loving husband, brother, teacher and friend. Jim was predeceased by his parents Warren and Gladys Mendenhall and his brother Tom Mendenhall. Jim leaves behind his husband Kevin Michael Witzke, brothers Denny and Rich Mendenhall, and nieces and nephews. Jim now reconnects with many of his lost friends and family. Those of us who remain will remember his enthusiasm he had for the arts and his loving nature that impacted so many people he encountered in his life.

Jim was born in St. Joseph, Missouri and was a proud resident of Holt County before setting his sights for the University of Missouri where he spent 6 years studying music and mastering the bassoon. Jim fondly remembered his time with the Marching Mizzou band, and continued watching college football on Saturdays while cheering for the Mizzou.

Dear to Jim’s heart was his time with the Brevard Music Center in North Carolina where he performed and conducted as a part of the staff. His participation and performances also include International Double Reed Society and Minot Symphony Orchestra, Winnipeg Symphony Orchestra, Okanagan Symphony Orchestra, and also published music for Viola da Gamba and double reeds. He served as President of Associated Manitoba Arts Festivals and the Federation of Canadian Music Festivals Member of the Board of the Viola da Gamba Society of America. Jim loved animals and raised a champion rooster and bred and showed award winning Singapura cats. Jim was a long-time exhibitor, cat judge and was a past president of ACFA and was an international guest judge in Germany, Holland, China and Japan.

Jim’s capacity to love and raise things extend to plants and flowers and with flowers the bigger the better. Jim raised plants in the Botany department at BU, in his backyard garden in Brandon, MB and at his later home in the fair weather of Kelowna. His extensive flower beds were famous for hibiscus, peonies, roses and irises. Jim was a deep believer in reading and education for children. A public television advocate and sponsor, he was also a World Vision child sponsor for decades and donated monthly to the Kelowna Gospel Mission.