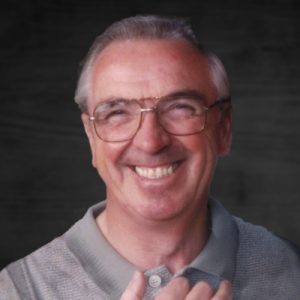 Born in Swansea, Wales, John and his family moved to Nottingham, England during the war, for safety. In the 1950s he emigrated and made his way to Vancouver, BC, Canada. There he married Mary and they started a family. John eventually located to the Okanagan, which he found to be an ideal place to raise a family. He later met his wife of 44 years, Nancy, and together they enjoyed travelling, skiing, sailing, and golf; especially golf, it was John’s passion.

During the last two, or so, years, John struggled with Alzheimer’s and the family would thank all those who cared for him in the hospital and care home!

John will continue to be held dear in the hearts of his wife Nancy; his sons Rick, Mike (Tammy), & Kevin (Debra); his daughter Suzanne; his 11 grandchildren & 10 great-grandchildren; and many extended family members. Sadly, he was predeceased by his daughter, Linda in 2020; and from “across the pond” he also lost his brother & sister-in-law, as well as his sister.

Family and friends will honour him, each in their own way; in keeping with John’s wishes, no funeral service will be held.

In lieu of flowers, donations may be made to the Alzheimer Society of BC or the charity of your choice.