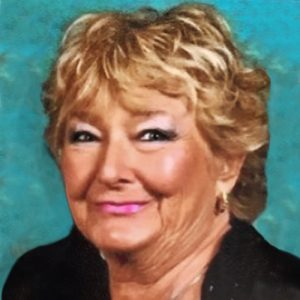 Dol was predeceased by her parents, Angus and Minnie Muir; her beloved son Mark; and her brother Wallace Muir.

Dol lived in New Glasgow, N.S. except for a couple of years in Halifax and Toronto. Then in 1976, she moved to Kelowna when Dan became publisher and general manager of the Kelowna Daily Courier, a position he had also held at the New Glasgow News. She fell in love with Kelowna and never wanted to leave.

Dol tried her hand at golf and tennis but found that a bit too strenuous so turned to skiing. She enjoyed skiing with her family and friends at Big White and Silver Star for a number of years. But her real passion was boating, spending many delightful days and nights on Okanagan lake. Everyone who knew Dol was aware of how much she loved to travel. Often said she could be a gypsy. Visited every province in Canada, most of the U.S. states, Europe, Australia, Fiji, New Zealand, South America and more. She loved to cruise and took enough cruises to become a 4-star mariner.

Some of her artistic talents included home decorating, sewing (making outfits for herself and friends) drawing, and oil painting. She had a love for numbers which led to a career in banking, starting as a teller and moving on to become an assistant manager.

Many Christian qualities adorned her personality; a kind, generous and caring person.

Dol was baptized as one of Jehovah’s Witnesses on July 28, 1956, and was an active part of congregations in New Glasgow, N.S. and the Lakeshore Congregation in Kelowna, B.C.

A Livestream service will be announced at a later date. If you wish to send a condolence, post photos or share a memory please scroll down the page to the area called “Condolences”.