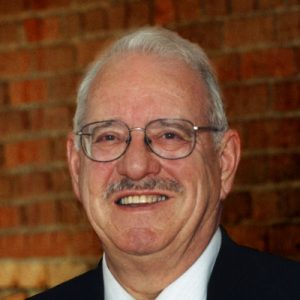 It is with great sadness that we announce the passing of Bill.  He was born in Calgary, Alberta on November 6, 1931, slipped away from us peacefully on the morning of February 15, 2021, in Kelowna, British Columbia.

Bill had a full and prosperous life.  He spent his formative years in Calgary during a time of peace in the world.  He was the commensurate big brother to his sister Pat, always watching her back, a loving son to his parents, and a friend to many.  He learned early on that giving of himself was an important aspect of being a good person and member of society.  After completing his high school matriculation he enrolled in the Civil Engineering program at the University of Manitoba.  As he studied to become an engineer he also attended the Officer’s Training Course with the Royal Canadian Air Force Auxiliary Reserve culminating in a commission as a Pilot Officer. He had a keen sense of duty to his country.  During his time at the University of Manitoba he met his first wife Shirley, and they married in 1957 (in Banff, Alberta), settling in Calgary where they started their family.  In Calgary, Bill worked as a Production Technician and Reservoir Engineer, and received his Professional Engineer designation. It was an exciting time in the post-war world.

After a successful career in bustling “oil town”, the family relocated to Kelowna in 1962.  Bill quickly integrated into the community and embarked on a new career path to become an Accredited Public Accountant, and later a Certified General Accountant. His entrepreneurial spirit led him to form his own Public Accounting firm which grew to include four partners.  The company successfully ran for 20 years, after which Bill left to become a Freelance Accountant and Income Tax Consultant.  He eventually met Pat who became his wife in 1987.  They decided to make Calgary their home where Bill became a member of the City of Calgary Court of Revision and worked at the Federal Business Development Bank as a Case Councillor. After many years in Calgary he and Pat moved back to Kelowna where he continued his Case Counselling at the Federal Business Development Bank. Bill retired in 2003 and lived out the rest of his years in the sunny Okanagan, but still stayed very active in his community.

Bill was a very giving man and extremely community-minded.  Outside of his work he volunteered for many organizations and became Director for the Kelowna Minor Hockey League, Treasurer for the Central Okanagan Boy Scouts Council, Charter Treasurer for the Kelowna and District YM/YWCA, Treasurer for the Okanagan Neurological Association, Director for the Boys and Girls Club.  He also established the Fennell Rotary Ogopogo Bursary Fund with the Central Okanagan Foundation.  Bill also supported many other objectives to help people, such as Opportunity International Canada (a large microcredit non-profit organization), Shelterbox Canada (a community health clinic in Ghana), commissioning a school in Cambodia started by one of his Rotary recruits, development of Bio-sand water filters to assist people in Third World countries, and the Vulnerable Children’s Society (a Kelowna based non-profit assisting children in Ethiopia).  Bill donated substantially to the Kelowna General Hospital. He was very giving of himself and a role model for community service. Bill also recognized the gift of life and was a prolific Canadian Red Cross Blood Donor (i.e. over 125 Donations).

Bill became involved with Rotary, and in fact it became a life-long passion of his.  As a long-standing member of the organization, with over 40 years of perfect attendance, he was eventually named President of the Rotary Club of Kelowna Capri, and became District Governor of the Okanagan region, the Rotary International President’s Representative to District Conferences, and Member of the District Club Extension Committee. Bill was instrumental in forming eight Rotary Clubs, participated as a Workshop Leader in three District Conferences, and was involved with the PROBUS program. He also helped form the first gender-balanced Rotary club in Canada – a man ahead of his time.  “Mr. Rotary”, as some fondly called him, always built goodwill and friendships wherever he went.  As an ambassador of the program he was active internationally, helping to develop the Rotary Club of Rarotonga (Cook Islands) and Rotary Club of Maui Upcountry, and was heavily involved in Rotary International.  Bill was the recipient of the Paul Harris 8+ Fellow, the highest level of this distinguished award, in recognition of his tireless efforts to make the world a better place through good fellowship and “service above self”.

Bill was a true role model. He tirelessly gave of himself physically, mentally, emotionally, and financially to benefit others.  Bill loved to travel and had a great appreciation for art, a keen sense of humour, and enjoyed the good things in life. He surrounded himself with good people and was always ready to give a Bill-hug to anyone within his reach.  He was loved by all his friends and family, and the world has lost a true giver.  He will be greatly missed.

If desired, tributes may be made in memory of Bill to the Fennell Rotary Ogopogo Bursary Fund Rotary Club – Ogopogo/Pat & Bill Fennell Scholarship or the Fennell Sustainability Graduate Scholarship administered by the University of Calgary.

Donations can be made c/o Central Okanagan Foundation with a note in memory of Bill Fennell or referencing the scholarship fund above. The donation link for donation via credit card, the bursary is listed in the drop down menu under Rotary Club of Kelowna: Ogopogo fund. Contact: David Knapp, Central Okanagan Foundation, #306-1726 Dolphin Avenue, Kelowna BC V1Y 9R9, 250-861-6160 ext 104 www.centralokanaganfoundation.org/donate-through-canada-helps

Sharing stories or photos on this tribute page of how Bill impacted your life are most welcome, please scroll down the page to the area called “Condolences”.