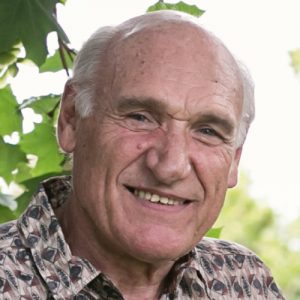 Our beloved Ronald James Heck passed away unexpectedly due to a sudden illness at age 72, in the company of both his sons, on May 3, 2021, at Kelowna General Hospital.

Born April 11, 1949, in Leader, Saskatchewan to Nick and Frieda Heck, Ron grew up to be an extraordinary man. He took joy in helping others.  Ron seldom asked for anything, was always giving, always soft-spoken, didn’t complain, nor did he want to be a burden to others. His giant, calming presence will always be remembered.

After a time in Calgary, AB, Ron came to the Okanagan in 1972. He met his bride, Judy Opitz, in 1973, and they married in 1974. Because they did “everything” together, Ron and Judy also started a business together in 1975 and ran it successfully for 30 years.  Ron was dedicated to Judy, not just loving her but remaining in love with her throughout his life.  Their family expanded as they welcomed two sons, Steve and Aaron. As Ron was honest and fair in life, so was he as a father. And, as life went on, his boys grew into men, married wives of their own, and Ron became a grandfather. Ron was an excellent grandfather and was proud of his grandchildren, whom he loved immensely.

In 1999, Ron, along with his brother Kieth, was awarded the Medal of Bravery by the Governor General of Canada for their selfless actions which saved the life of a young woman who lived close to the family farm in Glidden, Saskatchewan. While this remains a testament to the type of man Ron was, his modesty was such that only his closest friends and family knew about it.

Ron was an avid softball player well into his 30’s and was known as Rocket Ronnie to some of his friends.  An inveterate tinkerer of cars, Ron loved the classics. He enjoyed collecting, racing, restoring, and learning about them – a discussion revolving around cars was always welcome. He also truly enjoyed time with his family and friends, and was always happy to host company at his home.  Ron maintained their beautiful home and property and, when time permitted, he liked to read. Visits with family, especially his brothers and sisters, were always something he looked forward to, just as he looked forward to his visits to the family farm in Saskatchewan and large family reunions. Ron and Judy both spoke often of their trip to Austria and reveled in stories of their European relations.

In recent years, Ron became Judy’s caretaker. He cared for her in their home even as she declined due to dementia and was eventually bedridden.  He was still caring for her at the home they loved and built together, and spoke frequently of how her smiles and rare moments of clarity were the sunshine in his life.  His absolute wish was to care for her in their home until there was absolutely no other alternative, and he managed it. His love for her was boundless and is sure to endure even in his absence.

Ron is held dear in the hearts of his wife Judy Heck; their children Steve (Bea) and Aaron (Cara); and grandchildren Reese, Amelia, and Ailish. He will also be dearly missed by his mother Frieda (née Ruff); siblings Darryl (Linda), Kieth (Marleen), and Colleen (Mark); in-laws Mary, Bettie, and Ray (Marilyn); and many extended family members. Those who have gone before, sadly, include his sister Paulette and his father Nick, as well as other loved extended family.

There are many in the community who have developed enduring friendships with Ron and will deeply mourn his passing as his was a life of service, compassion, and selflessness. May he rest in peace.

A celebration of life gathering will be held but, due to COVID, the exact details have not yet been determined.  If you are interested, please contact aaron.a.heck@gmail.com.

Memorial donations may be sent to the Alzheimer’s Society, alzheimer.ca.