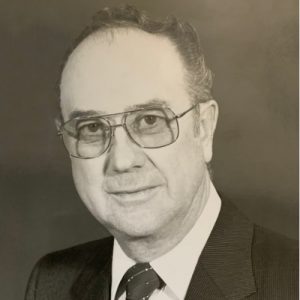 Mr. Matthew Linderman, 92, of Kelowna, BC, passed away on April 20, 2021, at the Kelowna General Hospital with his son Brian by his side. He was born to parents Katherine and Walter Linderman, on February 12, 1929 in Foremost, Alberta and moved soon after to the village of Hillcrest Mines in the Crowsnest Pass. Matthew had eight siblings, Paul, Mike, Eddie, Virginia, Rose, Ella, Doreen and Linda, and being one of the oldest shouldered many family responsibilities when his father passed at a young age. Matthew was raised with an incredible work ethic and carried the family name with honour. He had strength in character and more than his fair share of determination and stubbornness. He was meticulous, caring, active and a loyal friend to many.

He was preceded in death by his wife Betty, the love of his life. Matthew met Betty in the Crowsnest Pass, and they were married on June 28, 1952, in Bellevue, Alberta. Together they raised 4 children: Brian, Tracy, Cathy & his centennial project Troy. Matthew and Betty celebrated their 50th wedding anniversary in 2002 with family and friends and remained together until Betty’s passing in 2012. They were blessed with many close friends and enjoyed living life and time together with them.

He worked in many facets throughout his life: Starting as a Coal Miner and Transport Truck Driver, Matthew then stepped in as a Business owner and entrepreneur including a successful Car Dealership and Service Center (Lindy’s Esso). His iconic sales stickers can still be seen at car shows on the muscle cars he sold. He owned and operated a Snowmobile shop as well as the Blairmore Motel. Matthew began an education later in life and became a successful Financial Planner for Investors Group in 1974 winning many awards and accolades for his work throughout the years in the East Kootenay’s and Southern Alberta. In 2002 after 28 years of service, he retired from Investors Group

at the age of 73. Matthew and Betty moved to the interior of BC in 2003 to enjoy the sunshine, the views and time together.

Matthew enjoyed the outdoors in his youth and was willing to take on many adventures. His passion for racing was well known, in 1971 his Stock Car Racing team won the Southern Alberta Stock Car Racing Championship and many races across Western Canada around that time. He had a love of Snowmobiling in the mountains of the Crowsnest Pass, watching Bull Riding with Betty, Carpentry and other trades that would make Mike Holmes proud, Curling with his friends, Volunteering in the Community, and spending time with friends and family.

Due to Covid-19 restrictions, we are placing Matthew with his love, Betty, until such a time when we can have a family celebration of their lives together.

In lieu of flowers, in honor of Matt, please take the time to give a random act of kindness, a smile, or laugh to a friend, or family member. If friends desire, donations in memory of Matthew may be made to the Canadian Cancer Society.