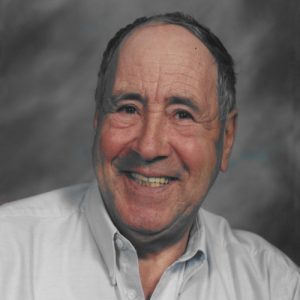 It is with great sadness that we announce the sudden passing of our beloved husband, father, grandfather, uncle, and friend, Oril Alfred Joseph Ross, at age 88, on April 14, 2021 in Kelowna, BC.

He was born August 11th, 1932 in Woodridge, Manitoba on a little farm where he lived with his parents & siblings.  The Ross Boys were a tough bunch in that neck of the woods!  When he married, he moved to Hudson’s Hope to work on the WAC Bennett Dam.  He later moved to Mission to work on the Mission Bridge, the Pitt Meadows Bridge, Gold River Bridge – he lived in Quebec and NFLD to work on a couple more dams.  He worked his way from laborer to superintendent – a great accomplishment for someone with a grade 3 education – back in the day – you had to work the farm to support the family.  He retired from construction in  1979 & relocated to Kelowna to carry on working the orchards, and retired from that in about 1984.  He built numerous family homes for us along the way!

Dad was a social butterfly – making friends with strangers in lineups, always bringing a smile to people around him, always looking to prank someone and have fun.  He loved to entertain and take care of people – “Hotel Ross” is famous for those visiting the Okanagan, he & Mom spared nothing to take care of you!  He had the biggest heart of anyone we know.

He was predeceased by his 2 daughters, Dawn (d. 2000) and Cheryl (d. 2011); and his siblings Tanya, Robert and Endy.  His is survived by his wife of 64 years, Lulubelle; daughter Cindy & her husband Rick of Sidney; daughter Nancy and her son Ignatious both of Kelowna; son Brian & his wife Wendy and their daughter Emily all of Abbotsford; grandson Brandon, Dawn’s son; and siblings Octave & Aaron, Henrietta & Doreen.

A Graveside Service with Father Pat Monette presiding will be held to honour Oril at Kelowna Memorial Park Cemetery. Due to the current pandemic restrictions, it will be by invitation only. However, the family would like to invite all who want to pay their respects to join by Livestream on [TUESDAY, APRIL 20, 2021 at 11:30 AM (PST). A recording will be made available to view shortly thereafter.

In lieu of flowers, Dad wanted donations to go to the Diabetes Society, www.diabetes.ca.