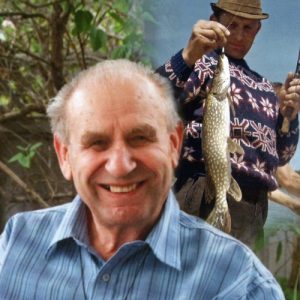 It is with a heavy heart we announce the passing of our beloved husband, father, grandfather and great-grandfather.  He went to be with the lord at the age of 84 in the early morning of November 4, 2020 with family by his side.

He leaves behind Rose-Marie, his loving wife of 60 years whom he absolutely adored; his 6 children:  Regina Deffner (Eric), Frank Schlief, Horst Schlief (Susan), Peter Schlief (Janice), Angela Schneider (Rob), and Oliver Schlief (Thea); 16 grandchildren: Matthew, Jim (Jen), Stacy, Tristan, Ernest (Brettnee), Timothy, Joshua (Brigitte), David (Selina), Jesse, Christopher, Justin, Tahlia, Michael, Kyle, Logan, and Selah; 8 great-grandchildren (one on the way!): Rylan, Acarria, Alaina, Ariyah, Joshua, Dawson, Azariah and Noah, all of whom he was so proud of and grateful to have had in his life along with many wonderful nieces, nephews and friends.

Horst was born in Krickow, East Germany, the 4th youngest of 8 children.  Much of his young life was during the harsh realities of World War II in former East Germany. Having lost his father early in 1945, the family struggled and as a young boy Horst would often pick wild flowers to sell at the market to help his mother make ends meet.  He would tell us that the best flowers were always in a field where he wasn’t supposed to pick, in an area patrolled by Russian Soldiers.  “They seemed like pretty nice fellows though” he would say with a chuckle and “they always let me sneak in”.  One of his first jobs was driving a tractor which meant knowing how to service it as well and led him into mechanics.

After enduring deteriorating living conditions for several years, in 1957 Horst fled to West Germany with his youngest brother Siegfried where they had some adventures together and worked in the logging industry, felling trees and at a sawmill.  They were also hired to knock down big brick factory chimneys. We bet Horst had fun doing that!

In 1958, Horst and Siegfried met a couple of young ladies; sisters Rose-Marie (Rosie) and Helga.  Siegfried asked Helga on a date and as it turned out Horst had his eye on Rosie.  Double dates followed and so did lifelong marriages.  Horst and Rosie wed in 1960 and Siegfried and Helga not long after.  They had their first 4 of 6 children.  Horst loved the outdoors and fishing was one of his very favorite things to do, so naturally when his brothers spoke of Canada – this is where he was drawn to go. In 1969, Horst & Rosie sold everything they had, and with their four children (and the fifth on the way) they immigrated to Canada with dreams of a better life.  Siegfried and family travelled with them.  His older brothers Fritz and Gunter had already made the journey.  Once in Canada, the two families went their separate ways.  Horst originally came to Grande-Prairie, Alberta where he worked for his oldest brother Fritz on his homestead.  One of Horst’s not so proud moments is when a slash pile he lit went out of control and started a forest fire.  It was time to take up a new career.  Horst switched gears to Drywall and learned the trade working for his brother Fritz’s drywall business Eska Drywall.

In 1970 Horst & Rosie travelled south with the family, heading for warmer weather and took up permanent roots in Kelowna, BC, population of about twenty thousand at the time.  Child number six was born.  Kelowna is where Horst & Rosie have made many lifelong friends and where Horst reconnected with his brothers Gunter and Siegfried.  Horst and Siegfried started “Schlief Brothers Drywall” together and built their first homes.  Eventually Siegfried switched to siding and headed to Calgary, AB.  Horst then started his own family business “Schlief Drywall”.  The business became a huge part of his life, and he so enjoyed working with all of his sons, grandsons who later became part of the team, and those who became part of the Schlief Drywall Family.  He has met so many wonderful people in the business and never truly retired.

Horst spent his spare time boating with the family on Okanagan lake, gatherings with friends and family, and fishing. Cameron lake became one of his favorites and we will always think of him when we go there.  Faith became such a big part of Horst’s life, and he looked forward to Sunday’s at New Life church where he and Rosie were sometimes greeters.  He has served on the Board of Directors for The House of Restoration, a non-profit ministry providing a home to help and assist those with mental and emotional illness rebuild their lives.

Somewhat later in life, rather reluctantly and with much convincing from Rosie, Horst took up dancing.  To his surprise, he actually enjoyed it! Dancing at the Italian and German Clubs became regular outings and is also where they made many good friends.  Even when his legs no longer could, he would still say, “bring me my dancing shoes and let’s go dancing”.

We miss your warm smile, your laughter, unconditional love and kind nature.  Despite the hardships you have faced throughout life, you managed to stay positive and kept your unique sense of humor.  You had such a beautiful and humble spirit, and words can never express our gratitude for being such a devoted and giving father, grandfather and husband.  You were always there for us and family gatherings will not be the same without you.  We can still hear your loud and joyful wolf-like howl that no one could do quite like you. We are so blessed to have had you in our lives.

Our heartfelt thanks go to those special people who cared for him at KGH and The Village at Smith Creek Care Home, including Chaplain Daryl and the Cook who made sure the family was also looked after in those final days.  A special thank-you to Home Instead for helping us keep Horst at home as long as we possibly could.