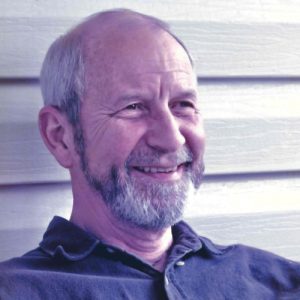 Peter grew up in Zeist in the Netherlands and met his wife Dineka while working in Ghana Africa. They married in Holland in 1964 and immigrated to Vancouver, British Columbia in 1966.

After graduating from BCIT’s forestry program he was able to combine his artistic talent with cartography and became a forestry draftsman for Reid Colins in Vancouver. In 1974 he moved with Dineka and their two sons Peter and Paul to Kelowna, BC where he spent the next 29 years working for the local forestry company.

Peter was a founding member of COSA (Central Okanagan Sailing Association) and for 15 years he enjoyed competitively and recreationally sailing with his family at every opportunity. He was a passionate musician – initially self taught on accordion, classical guitar and piano. He later performed with the Kelowna Pops Orchestra on multiple instruments including French trombone, bassoon and finally the oboe. He was incredibly artistic, with many masterpieces in wood carving, sketching, painting, concrete art, and other mediums. He had a gift for transposing music and spent years constructing specialized custom oboe and bassoon reeds. Peter was active in the tennis community and had a great attachment to local wildlife and various pet cats over the years. Peter rode motorcycles throughout his life, always looking for the perfect machine that would enjoyably transport him to work. He was an avid cyclist and portaged the Bowron Lakes by kayak. A favorite family vacation was camping in Osoyoos every summer for many years.

He was a man of faith who strived to find and be a light in this world amidst challenging circumstances. He was a patient and compassionate father who always took the time to listen to his sons, diligently parenting them despite the shortcomings of his own childhood. Even in his last years Peter cared deeply for people, making great efforts to thank and remember the names of his caregivers. His surprising wit and interest in the world around him were an inspiration.

This world was blessed to have Peter with us for 85 years before his passing.