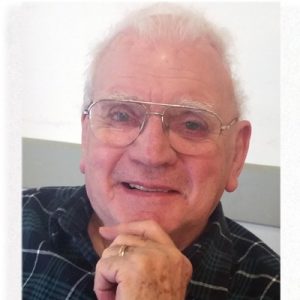 Leslie Jack Woodward of Kelowna, BC, passed away peacefully on December 30, 2019. Leslie was born in Glasgow, Scotland on April 14, 1932 to Anges and Fred Woodward, and was the younger brother of Alice and Frieda. Leslie grew up in Glasgow where he pursued a career as a Chartered Accountant, which lead him to Barbados where he met the love of his life Patricia Watson. Pat and Les married on May 14, 1960 and emigrated to Canada in 1962. Leslie is survived by Pat, his children Rosalind Kay and Graham Leslie (Heather), six grandchildren – Melanie (Kevin), Tara (Steve), Cole, Cooper, Alex and Jaime, and 3 great grandchildren – Jackson, Carter and Hudson. He was predeceased by his parents, siblings and his eldest daughter Debra Lynn. In his youth, Leslie was an avid football and tennis player and was known as a vocal and energetic observer of all sporting events, particularly those of his children and grandchildren. He also enjoyed other activities such as Bridge, music, fishing, camping, bathing in the sea and a wee dram of scotch. Leslie will be forever remembered for his wit, clever humor, and dedication to his family. A celebration of Leslie’s life will take place at a later date.