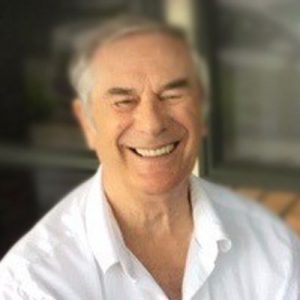 It is with a heavy heart that we announce the passing of Kendrick Barton on Thursday, January 10, 2019.

Ken passed away peacefully at the age of 78 at Central Okanagan Hospice House with his wife Jo by his side after a year-long battle with cancer. He is survived by his wife Jo, son Stephen (Joy), daughters Krista (Mike) and Sheri (Russ), grandchildren: Seth, Jonathan, Joel, Katelynn and Hailey, sister Heather of New Zealand, and brothers Ben (Bernice), Bruce and Roy (Marina) of England as well as extended family Jon (Suzanne), Allan (June), Patricia (Dietrich), Roger (Polly), Cam (Shinobu) and Tara. Grandchildren: Cassandra, Brandon, Bailey, Liam.

Ken was born in Stafford, England in 1940 to Jennie and Harold Barton. At an early age Ken had a fascination with nature and a spirit for adventure. It was this adventurous spirit that led him to Canada in 1959, ostensibly on an initial plan to work his way around the world. He spent his early time in Montreal, Canada working at a fashion house, a biscuit manufacturer, a tobacco farm and in construction, eventually finding his way to Vancouver, as he had two great aunts living in the area. Ken obtained employment with the then Imperial Bank of Canada, now CIBC, to which he was employed until his retirement in Vernon in 1997. He enjoyed commercial/agriculture lending and Branch Management which took the family to various communities throughout BC and Yukon, including Watson Lake, White Rock, Burns Lake, Prince George, Kitimat, Quesnel and Vernon. Ken had a strong belief in community involvement, some of which included President of Chamber of Commerce in Kitimat (1981/1982) and Quesnel (1983/1984), Quesnel Tourism Advisory Committee (1983/1986), Treasurer – Cariboo Tourist Association (1984/1986), City of Vernon Economic Advisory Board member (1987/1988), Treasurer and member of the North Okanagan Organic Association (1996-2004). Ken was a proud and long-time member of the Silver Star Rotary Club serving in various committee and officer capacities where he gained many lifelong friendships. His passion for nature and preserving habitats led him to take on various positions within the Allan Brooks Nature Centre Society (Vernon).  After retirement, he owned and operated a certified organic market garden in Vernon with his wife Dorothy (nee: Jackson) up until her passing in 2004. In 2005, Ken married Jo Garrard and moved to Kelowna where they enjoyed golfing and traveled extensively over the next 12 years visiting family, friends and faraway places.

The family would like to thank the staff at the Central Okanagan Hospice House for their care and support in making his last days comfortable. The care and compassion shown to Ken and the family over his time there was very much appreciated.

A Celebration of Life will be held in the Spring. At Ken’s request, in lieu of flowers, if family and friends desire, memorial donations may be made to the Allan Brooks Nature Centre in Vernon.

Send Condolences
Send Flowers or a Sympathy Card
At Ken’s request, in lieu of flowers, if family and friends desire, memorial donations may be made to the Allan Brooks Nature Centre in Vernon: 250 Allan Brooks Way, Vernon, BC V1T 9L4 Link: www.abnc.ca