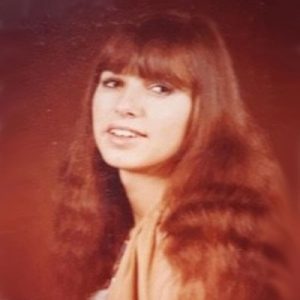 Kathryn was born September 23, 1956 in Churchill, Manitoba and passed away peacefully on April 11, 2019 at the age of 62 after a brief battle with cancer.

Kathryn was the third child and loving daughter of Mary and Donald White and spent her early years in Manitoba and Saskatchewan.  An admirer of sunshine, beaches and warm weather, she moved to the Okanagan Valley in 1981 with her husband Bill.  In 1982, Kathryn gave birth to her daughter Terra. Terra quickly became her confidante and best friend.

Kathryn loved the sunny Okanagan and lived in both Vernon and Kelowna.  She enjoyed meeting people and spent many years working in the service industry including the historic O’Keefe ranch and Lake Okanagan resort.  She possessed a strong sense of style and never conformed to dress codes. Whether it was crochet bathing suits, wheely shoes, ponchos, wedge flip flops, or corn rows, she pulled it all off seamlessly.   She loved to travel and was particularly fond of the time she spent in the Black Forest region of Germany.  She was an early advocate for organic food, less chemicals and a clean lifestyle.

Scrabble, Backgammon and Crib were at the center of many of Kathryn’s family events.  She enjoyed the competition and her sense of humour, easy going conversations and friendship will be missed by all who knew her.

Kathryn is survived by her father, Donald White of Toronto, ON, daughter Terra Bax of Calgary, AB; siblings Bud White (Sandra) of Penticton, BC, Robert White (Bonnie) of The Pas, MB, Dennis White of Vancouver BC, Maureen White (Bruce) of St. Bruno, QC, Susan White (Greg) of Toronto, ON; 13 nieces and nephews and 14 great nieces and nephews. Kathryn was predeceased by her older sister Valerie in 2011 and her mother Mary in 2006.

Special thanks to Dr. Peter Warren and the staff of the Kelowna General Hospital.  If you wish to send a condolence, post photos or share a memory, please scroll down the page to the area called “Share Your Condolences.”