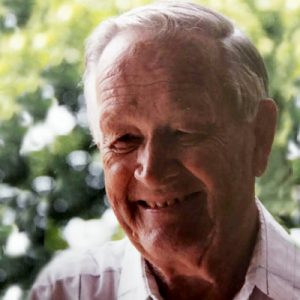 It is with great sadness that the family of Jorgen “Jack” Arthur Berthelsen announce his passing on September 30, 2019 at the age of 85 years.   Jack will be lovingly remembered by his wife of 59 years, Margaret, and their children, Richard (Jean-Marc), Susan, and Peter (Sarah).  Jack’s memory will also be cherished by his five granddaughters, Kaylee, Kristin, Megan, Lindsey and Erin; by his brother Mike (Margaret) and sister, Dorothy (Don); as well as many nieces and nephews.

Born in Winnipeg, MB, Jack recently marked his diamond anniversary as a Chartered Accountant, after having been granted lifetime membership in the CICA. Over the years, he practiced in the federal government, accounting firms, the private sector, as well as at the University of Alberta and the Calgary Exhibition & Stampede. In Edson, Edmonton, Calgary and Kelowna, he made important contributions to many community groups, boards, charitable organizations and professional associations, including those related to the activities of his children.

A Memorial Service to celebrate Jack’s life will be held at 1:00 pm on Saturday, October 26, 2019 at the Springfield Funeral Home, 2020 Springfield Road in Kelowna, BC, followed by a reception for family and friends who mourn his loss.

Memorial donations in memory of Jack may be made to the Central Okanagan Hospice Association, hospicehousekelowna.com, or the Sindi Ahluwalia Hawkins Centre of the BC Cancer Agency, www.bccancer.bc.ca.


The service for BERTHELSEN, Jorgen “Jack” Arthur is scheduled for 1:00 pm on Saturday, October 26, 2019. Below you will find the map for the service location and the contact information should you have any questions.