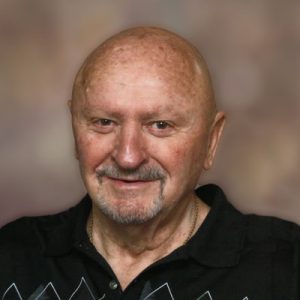 Merv was born, the oldest of 6 children, on December 16, 1936 in Calgary, AB. He completed his education there. As a youngster, he worked after school constructing hat boxes. As a young man he unloaded salt cars and then became an automotive salesman and travelled several different Alberta territories.  Merv met his wife Carolynn in Red Deer, AB and together they raised their son Todd and daughter Tracey.  In 1972 Merv and family moved to the Okanagan, where he continued working in the automotive industry. He was recognized as a dedicated, hard worker.

Merv made friends wherever he went. He was always glad to share a joke (you may have heard the one about the bear and the rabbit) & a drink.  He loved bowling, dancing, golfing, fishing, boating, watersports and camping.  He retired at 60 and he and Carolynn went RVing full time, travelling extensively in Canada and the USA. Thereafter settling in Creston, BC before returning to Kelowna, BC.

Merv was predeceased by his parents Elva and Cecil and his brother Gary. He lived a long and happy life until his passing in Kelowna, BC on May 22, 2019 at the age of 82. He will be greatly missed by his wife Carolynn, son Todd and Lisa, daughter Tracey and Gary, grandchildren Carleigh, Haley and AJ, brother Archie and sisters Sandi, Arlene and Kathy as well as extended family and many friends. God Bless and Keep, Merv.

A private family gathering will be held at a later date.  In lieu of flowers, donations may be made to the BC Heart and Stroke Foundation, www.heartandstroke.ca. If you wish to send a condolence, post photos or share a memory, please scroll down the page to the area called “Condolences.”

Send Condolences
Send Flowers or a Sympathy Card
In lieu of flowers, donations may be made to the BC Heart and Stroke Foundation Link: www.heartandstroke.ca


The service for CIPPERLEY, Mervin Cecil is scheduled for A private family gathering will be held at a later date. Below you will find the map for the service location and the contact information should you have any questions.