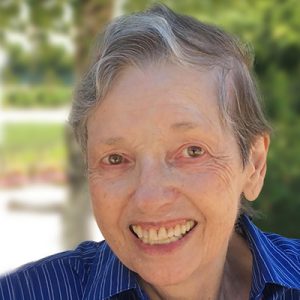 Sadness fills my heart, as I have to announce the August 5, 2019 passing in KGH, of my wife, Barbara May Fennig.  Barbara was born in Kelowna General Hospital on July 16, 1941, to her parents Tom and Margaret Handlen. At her bedside when she passed, was me, our daughter Wendy, and grandson Brad.

Barbara leaves behind, me, Al, her husband of 58 years; one son, Kevin (Bonnie) of Red Deer and our two granddaughters Kristine and partner Josh of Red Deer, and Tamara and partner Derek of Edmonton; one daughter, Wendy and her husband Dan, and grandson Brad, all 3 of Lac La Hache, BC. Barbara was predeceased by her parents and older Brother Russell.

Barbara grew up here in Kelowna, BC her grandfather was early-Kelowna-resident Daniel “D.W.”Sutherland, the first school teacher and second Mayor of the City of Kelowna.

Her passing also marked 61 years plus 2 days, from our first date (and kiss) in 1958. After 42 years of my nagging, she finally gave in, and joined me by becoming a member of the Kelowna-Okanagan Mission Lions Club in 2017.

There will not be a formal Funeral, but we will be attempting to hold a Celebration of Life later, once the summer heat and traffic calms down. Those wishing to remember Barbara can do so with a donation to either the “Heart and Stroke Foundation of Canada”, www.heartandstroke.ca, or the “Sindi Ahluwalia Hawkins Centre” Cancer Center for the Southern Interior, www.bccancer.bc.ca.  Both have offices here in Kelowna. Condolences may be sent to the family by visiting www.springfieldfuneralhome.com.

WE WILL ALL MISS HER!