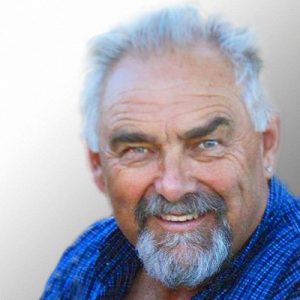 Ernie’s life was suddenly taken away in the afternoon of Monday, August 12, 2019 in Kelowna, BC, Canada. He was involved in an accident while enjoying one of his favorite activities; cycling. He leaves behind his wife, Sharon McKinley-Gabbs; sons Christopher (Pamela) Watts, Cameron (Channelle) Gabbs, and Jason (Laura) McKinley; daughters Jennifer (Michael) Gabbs-Hartrumph, Jillian Gabbs, and Shona (David) Mckinley; grandchildren Sarah, Hailey, Sienna, Jordyn, Emily, and Isabella. Ernie will also be remembered by his sisters Rose (Terry) Ewen, Helen (Robert) Bigelow, and Kathy (Lawrence) Oldham; father-in-law Gerry Siedekum; sisters-in-law Carole Gabbs, Katherine (Monty) Smith, and Kathy (George) Jackman; as well as numerous nephews and nieces. He was predeceased by his parents Henry and Evelyn Gabbs, and brother Robert Gabbs.

Ernie was a devoted husband, father, and grandfather who did anything and everything for his children and “grandbabies”. He enjoyed playing pool and cribbage, and a relaxing afternoon sitting on the back porch with a beer in one hand and a pepperoni in the other. He was also an incredible handyman that tinkered on anything that needed a tweak or fix. There was always something for him to do or conquer, and of course he never wanted any help from anyone.

Most people would know Ernie for his love of motorcycles and his passion for riding. He enjoyed being the leader of the pack with his friends in Arizona and belonged to the Sun Lakes Motorcycle Club. He owned a few motorcycles in his lifetime, but his favorite was one that he built himself; a Harley Davidson trike. On the back of the trike are the portraits of his twin daughters, which he was so proud of, even after multiple paint jobs he never covered them up.

Ernie was an avid golfer and played quite a bit in the past few years especially with his brother-in-law Laurie and friend, Walid. Many thanks to Stand Up and Play who provided a wheelchair that allowed Ernie to excel in the sport.

Prior to Ernie’s work-related accident on October 5, 1992 that left him a paraplegic, Ernie was involved in many sports including playing and coaching ice hockey, refereeing, adult softball, and anything else that kept him moving. He loved to be on the ocean and even once owned a boat, which he used to go fishing and crabbing. He enjoyed showing his children how to scale, cut and clean what he caught. He liked lawn darts, horseshoes, and other social activities.

Ernie was a role model and mentor for his children and that continued for his grandchildren. He deserved the utmost respect and was loved with the fullest of hearts.

Ernie was well known for his many qualities and all who knew him know he wasn’t short on charm or wit. His infectious smile and sparkling eyes affected anyone that crossed his path. He was an extremely good-looking man, although he was very humble about it. Anywhere Ernie went even strangers were drawn to him and wanted to be his friend.

He loved oldies and rock n roll, including artists like Elvis, Roy Orbison, Buddy Holly and the Beatles. He loved to sing karaoke and would whistle almost daily to some of his favorite tunes.

We say goodbye today with hopes that someday, in another space and time, we will meet again. Ernie is wheelchair free enjoying all the things he loves without any pain or restrictions.

“Love is a Choice” – Ernie Gabbs

A Vigil at the accident site will be held also on Sunday at 11:00 am, at Dilworth Dr. and hwy 97. A Ghost Bike will be presented and left at the site. RCMP and media will be there.

In lieu of flowers, please donate to Stand Up and Play, standupandplayfoundation.org or Accessible Okanagan, www.accessibleokanagan.org. If you wish to send a condolence, post photos or share a memory, please scroll down the page to the area called “Condolences”.

Prayer Service
A Vigil at the accident site will be held on Sunday at 11:00 am, at Dilworth Dr. and hwy 97. A Ghost Bike will be presented and left at the site. RCMP and media will be there.

The prayer service for GABBS, Ernest William is scheduled for A Vigil at the accident site will be held on Sunday at 11:00 am, at Dilworth Dr. and hwy 97. A Ghost Bike will be presented and left at the site. RCMP and media will be there. at located at , .


The service for GABBS, Ernest William is scheduled for Sunday, August 18, 2019 at 4:00 pm. Below you will find the map for the service location and the contact information should you have any questions.