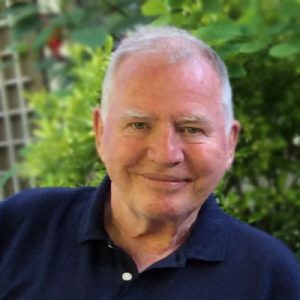 Dr. Daniel Thomas Gallacher passed away peacefully at Central Okanagan Hospice House, Kelowna, BC on December 24, 2018 at the age of 79 with his wife Joan at his side.

Dan was born in Edmonton, AB July 29, 1939.  His family later moved to Vancouver, BC where Dan joined 135th Air Cadet Squadron.  He and Joan met and married while Dan was serving with RCAF Squadron 407 in Comox, BC.  Following an honourable discharge, Dan pursued his love of history;  first, obtaining a BA (Honors) from the University of Victoria followed by an MA and subsequently a Dr. of Philosophy (Ph.D.) at UBC in Canadian, American & British History.  Dr. Dan Gallacher became one of Canada’s foremost museum historians and curators.  His career spans over four decades working as a leader in research, acquisitions and exhibitions. He has written upwards of seventy publications, including The Canada Hall, a museum approach to epic history (2009) and directed and produced more than fifty exhibitions.  Among Dr. Gallachers’ major permanent installations are the widely acclaimed Modern History Galleries at the Royal British Columbia Museum where he served as chief curator, 1969-88, and the vast Canada Hall, Canadian Museum of Civilization, when he was Director of History, 1988-2002.  Dan served on the Canadian Museums Association executive and received the CMA’s Award of Merit (1984) as well as its Award of Distinguished Service (2007).  He was inducted as a Fellow of the Canadian Museums Association (2011).  Dan contributed widely to the knowledge of Canadian history in the areas of industrial and social histories of Canadian communities as well as museum theory and practice through speaking engagements and consultations as well as written works.

Dan’s love of Canada was a primary focus in his many travels. Joy derived from long walks and lecturing was cut short in later years; humour, bridge and family life became his mainstay.

Dan’s passing will be a great loss to family and those whose lives he touched.  A celebration of life will be held on Friday, January 11, 2019 at 1:00 pm at Springfield Funeral Home, 2020 Springfield Road, Kelowna, BC.

Family are very grateful for the outstanding care and support given during Dan’s illness by the staff at Kelowna General Hospital, Central Okanagan Hospice House, Guisachan Family Medicine and others.

In lieu of flowers, donations to: University of Victoria, PO Box 1700, Victoria, BC V8W 2Y2 Attn: Heather Sims re Museum Studies Fund in memory of Dr Daniel Gallacher would be greatly appreciated.

Send Condolences
Send Flowers or a Sympathy Card
In lieu of flowers, donations to: University of Victoria, PO Box 1700, Victoria, BC V8W 2Y2 Attn: Heather Sims re Museum Studies Fund in memory of Dr Daniel Gallacher would be greatly appreciated.


The service for GALLACHER, Dr. Daniel Thomas, curator emeritus is scheduled for Friday, January 11, 2019 at 1:00 pm . Below you will find the map for the service location and the contact information should you have any questions.