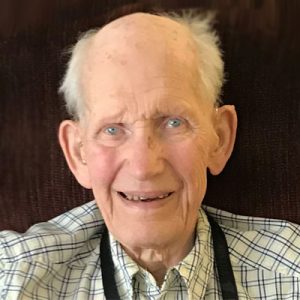 Wallace went to be with the Lord on Saturday, February 16, 2019 at the age of 85. He passed peacefully in hospital surrounded by many family members. He is survived by daughters: Rebecca Gross (Les) of Kelowna, BC, Faith Bergen (Gary) of Hope, BC, Naomi Pennington (Ken) of Kelowna, BC, Pam Nelson (Scott) of White Rock, BC; son Clark Grue (Cheryl) of Calgary, Alberta; 32 grandchildren; 10 great-grandchildren and numerous nieces and nephews.  He was predeceased by his grandson Jordan in 1981, first wife Fern in 1987, granddaughter Felicia in 2004, and second wife Judy in 2015.

Wallace was the last of Lars and Avey Grue’s eight children to be called home to glory. What a beautiful reunion that must have been!