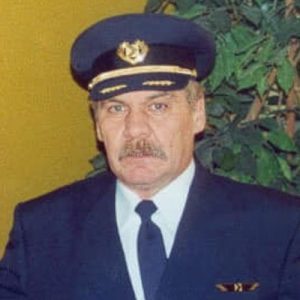 It is with great sadness and heavy hearts that we are finding ourselves announcing Don’s sudden passing on December 12, 2018 in Kelowna, BC. He is survived by his wife Louise Haleschuk; daughter Lyndsay Haleschuk (Matt Daniel) and their son Atticus; son Michael Haleschuk and his son Abel, and Abel’s mother, Naomi Keating; sisters Judy (Ian) MacKenzie and their children Cory and Jason, and Donna (Jim) Cassidy and their children Mathew and Britney; and brother James (Sheryl) Haleschuk. Don is predeceased by his parents, William and Marjorie Haleschuk.

Don grew up in Prince Albert Saskatchewan where he graduated from Riverside High School in 1972.   During his youth, Don was an amazing sandlot baseball player who also loved playing hockey, camping and fishing with his family. He held down two-part time jobs while putting himself through flight training school. His love for flying became his passion in life and he excelled rapidly in aviation with his uncanny ability to become one with an aircraft and fly the sky’s as he had dreamed.

Don married his high school sweetheart Louise Read in 1975 where they began their life journey together and raised two beautiful children, Lyndsay and Michael.

He began his commercial flying with Athabasca Airways and Norcan Air in the 1970’s flying numerous aircraft and developing his skill with twin engine aircraft. He flew countless hours with some of the finest bush pilots in Canadian history.

His passion led him to numerous opportunities in the world of aviation. He flew for the Premier of Saskatchewan on official government business. He later began flying for the Government of Saskatchewan Forest Fire Management, flying tankers, water bombers and some of the most amazing aircraft available.

Don eventually trained and became licensed to fly jet engine aircraft and flew for a variety of companies and government industry in Canada and the arctic. He and his family moved to British Columbia in the late 70’s where he flew for West Fraser Mills and continued building his commercial aviation career.

Don was hired with CP Air 1979 where he began his career in the airline industry flying DC-8 and DC-10 jetliners overseas and domestically. Later he moved to Madagascar where he flew for Amoco oil and then returned to CP Air and Canadian Airlines in 1986 flying DC 10 aircraft as a first and second officer. Finally, Don joined in with Air Canada where he achieved his Captaincy and flew the 737 airliners to the end of his career.

Don’s passion was always his aviation career but more than anything his first and only love was for his family and the many dear friends he made throughout his life. His wealth of worldly knowledge was amazing. He always enjoyed sharing his experiences on most any topic.  His love and compassion for all people was boundless, sincere and undying. Don had an extraordinary ability to make anyone laugh with his contagious sense of humour and many funny stories and jokes. He especially enjoyed sharing his time and insights with the younger children in the family because of his unique ability to connect with them at their level. He was especially looked up to by his younger siblings and family. He will be sadly missed and fondly remembered by all of us who loved and knew him.

Don’s celebration of life and burial at the Blaine Lake Cemetery in Saskatchewan will be announced and take place in the late spring. In lieu of flowers and tributes, memorial donations may be made to the Canadian Heart and Stroke Foundation www.heartandstroke.ca. If you wish to send a condolence, post photos or share a memory, please scroll down the page to the area called “Share Your Condolences.”

Service
Don’s celebration of life and burial at the Blaine Lake Cemetery in Saskatchewan will be announced and take place in the late spring.

Send Condolences
Send Flowers or a Sympathy Card
In lieu of flowers and tributes, memorial donations may be made to the Canadian Heart and Stroke Foundation Link: www.heartandstroke.ca.


The service for HALESCHUK, Don is scheduled for Don’s celebration of life and burial at the Blaine Lake Cemetery in Saskatchewan will be announced and take place in the late spring.. Below you will find the map for the service location and the contact information should you have any questions.