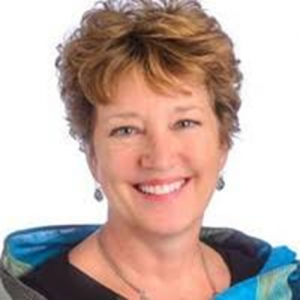 A Memorial Service will be held for Debra Harding on FRIDAY, MAY 27, 2022, at 10:00 AM, at SPRINGFIELD FUNERAL HOME, 2020 Springfield Road, Kelowna, BC. A reception will follow.

Debra Gay Harding (née Kaufman) went to be with the Lord on October 24, 2020, at the age of 59. She is survived by her loving husband Douglas Harding of Lake Country, BC; brother Scott Kaufman (Cindy) of San Antonio, Texas; father Carl Bohs of Edmonds, Washington; mother-in-law Eloise Harding of Nakusp, BC; sisters-in-law Leslie Tochor (Les) of Calgary, Alberta; Patricia Donnelly (Todd) of Calgary, Alberta; brother-in-law Daniel Harding (Kelly) of Edmonton, Alberta; along with many wonderful nieces and nephews throughout Canada and the United States. Debra was predeceased by her brother Chris Kaufman in 2015 and her mother Betty Bohs in August 2020.

Debra was born in Texas City, Texas on August 11, 1961 and lived in the area for 17 years before relocating to Oregon and eventually settling in the Seattle area until 1994. After getting married to Douglas in Washington State, she moved to Kelowna, BC. Debra became a Canadian citizen a few years later and was proud to call Canada her home.

Debra worked at Riverside Forest Products, in Sales and Marketing in specialty plywood, for a number of years before changing her career path to go into real estate. Debra eventually had the opportunity to work for the University of British Columbia and in 2010 accepted the Sales & Services Manager position for Conferences and Accommodations.

While in this role, Debra served on the Board of Directors as National Marketing Director for the College and University Conference Organizers Association from 2011 to 2014. Debra also sat on the Tourism Kelowna Board and volunteered with the UBC Okanagan United Way Campaign. In 2015, Debra graduated with her Master Degree in Education from the University of British Columbia and in 2018, joined the UBC Human Resource Department as the Workplace Learning and Engagement Associate where she continued to move forward with her love for lifelong learning.

A very special and heartfelt thank-you goes out to all of the healthcare professionals and care providers who worked with Debbie along her journey for the last nine months. In lieu of flowers, donations can be made to the BC Cancer Agency in Kelowna, www.bccancer.bc.ca.


The service for SERVICE INFO UPDATED – HARDING, Debra Gay (née Kaufman) is scheduled for FRIDAY, MAY 27, 2022, at 10:00 AM. Below you will find the map for the service location and the contact information should you have any questions.