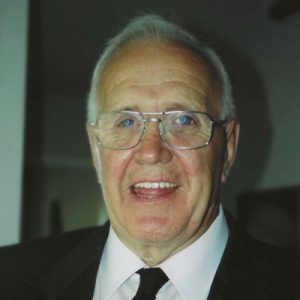 It is with heavy hearts that we announce the passing of William Richard “Bill” Kerr. Left to mourn his loss is his wife, Martha; daughter Colleen Kerr and her son Brian; daughter-in-law Dina and her sons Andrew and William; as well as sisters Ruby, Jean, Kathy, and Sharon. Bill is also survived by many brothers and sisters-in-law, nieces, nephews, cousins, his auntie Ruth, and many dear friends. He was predeceased by his parents, his son Richard, his grandson Jordon, and his son-in-law Gord.

Growing up on a farm just outside of Carrot River, Saskatchewan, Bill developed a strong work ethic from an early age, which carried Bill off of the farm and into work as a lineman throughout Saskatchewan and Alberta. Eventually, Bill settled in the Yukon where he met and married his wife of almost fifty-eight years, Martha, and raised two children, Richard and Colleen, whom he loved deeply and was incredibly proud of. After a thirty-five-year career, he retired as operating superintendent of Yukon Electrical and then spent many happy years in Kelowna, BC. Though he retired to the Okanagan, Bill never forgot where he came from, and would frequently go back to Saskatchewan and the Yukon to visit family and pursue two of his favourite pastimes: hunting and fishing. Bill was an accomplished ball player, curler, pool shark, as well as a pretty good golfer, and he loved playing cards.  Bill never had a shortage of friends either, leaving them with many fond memories. He was always helping people and had a genuine kind, giving soul.

Thanks to the nurses and staff of Hospice House for the wonderful care they provided Bill and his family in his last weeks of life. Thanks also, to Dr. Verhelst, Dr. Wahl, and several others at KGH and the Cancer Clinic.

Bill’s Memorial Service will be held on Saturday, September 28, 2019 at 1:00 pm in the chapel of Springfield Funeral Home, 2020 Springfield Road, Kelowna, BC. In lieu of flowers, please donate to the Central Okanagan Hospice House, hospicehousekelowna.com. If you wish to send a condolence, post photos or share a memory, please scroll down the page to the area called “Condolences”.


The service for KERR, William “Bill” Richard is scheduled for Saturday, September 28, 2019 at 1:00 pm . Below you will find the map for the service location and the contact information should you have any questions.