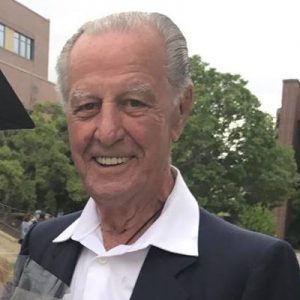 It is with deep sorrow, we announce the passing of our loving father, grandfather and uncle, Michael Kozak at the age of 89. He is predeceased by his parents William and Rose Kozak, and loving wife Sophie. Michael is survived by his son Michael David, daughter-in-law Gaylor, grand daughter Jessica, his brother Bill, and nieces Jodi Harris and Zina Gagnon, and through marriage, nieces Linda Downey and Deanna Zukowski, nephew Dwayne Zukowski and cousins Pauline Warwick and Gloria Meeder.

Michael was born in Drumheller Alberta and raised in Beverly. He was schooled, married and started his family in Edmonton. His career as an airline executive saw him and his small family transfer to the Toronto area in 1974, where they settled in Bolton, Ontario. Upon retirement Michael and Sophie moved to the Okanagan in 1989.

As the Director of Catering and Commissary at Wardair Canada Michaels’ dedication, pride, and work ethic helped contribute to the building of Wardairs’ reputation and legacy as a world class airline. He spoke often of all the valued friends, colleagues and opportunities derived from that chapter of his life.

His “retirement years” in British Columbia didn’t last long as Michael decided to start his own business in the beer and wine making trade. He opened Michael’s Beer Factory Inc in 1992. His successful business is still run today by his family now known as Michael’s Beer and Wine Studio in Kelowna.

Michael was a 32nd degree Mason and a Shriner.

He was good man, an honest man, a proud man and above all a gentleman. He will be missed by many friends, family and acquaintances.

In lieu of flowers Michael has requested donations to be made to the Shriners Charities.


The service for KOZAK,  Michael is scheduled for Monday January 14th at 1:00 pm . Below you will find the map for the service location and the contact information should you have any questions.