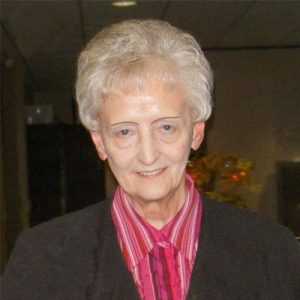 Longtime Kelowna resident and businesswoman, Barbara Kyte passed away on October 27, 2019, from cancer.

Barb was well known in Kelowna for her work in the insurance business beginning with Demara and Sons and working with two additional owners, the latest being Johnston Meier, for a total of nearly 55 years. She started as an office clerk and was an administrator at the time of her death. She never thought of retiring as she loved her work, the people she worked with and the clients.

Barb was born in Montreal, Quebec on June 12, 1942. Her family settled in Williams Lake, B.C. in 1948. Here Barb attended school until they moved to Kelowna in 1959 where she graduated from Okanagan Academy.  Barb then took business training before entering her insurance career.

Surviving Barb are three siblings, sisters Beverly Jeider of Creston, B.C., Heather {Kurt} Roeske of Kelowna, and brother, Bob {Nancy} Kyte of Vancouver, Washington.  In addition, there are numerous nieces, nephews and their children.  The family deeply feels the loss and will miss her. She a was predeceased by her parents, Robert Kyte and Dorothy Kyte, and younger sister, Roberta Oetman Fleck. After her mother passed away, she became the pillar of the family by keeping track of special occasions and events.

After cremation she will be interred with her mother at Kelowna Memorial Park Cemetery. At Barb’s request, no service is to be held.   In lieu of flowers, donations may be made to the Central Okanagan Hospice Association, hospicecoha.org. If you wish to send a condolence, post photos or share a memory, please scroll down the page to the area called “Condolences”.