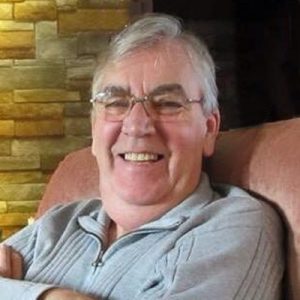 Robert passed away peacefully with family by his side on December 24, 2018 at the age of 79.

Rob was born in Airdrie, Scotland in 1939. He stayed in Scotland until 1974 when he and Alice (passed 2001) immigrated with their 3 young children – straight to Kelowna. Robert has lived here ever since.

Rob spent a large part of his life fostering and had a special part in his heart for every baby and child that came through his home. His kids followed in his footsteps and became foster parents too.

A Celebration of Rob’s life will be held at Springfield Funeral Home in the Family Center on Saturday, June 15th, 2019  at 10 am.

In lieu of flowers, Rob would love for you to take some time to spend with your loved ones.

Service
Celebration of Life Saturday, June 15 at 10 am

Send Condolences
Send Flowers or a Sympathy Card
In lieu of flowers, Rob would love for you to take some time to spend with your loved ones.


The service for MACFARLANE, Robert Anderson is scheduled for Celebration of Life Saturday, June 15 at 10 am. Below you will find the map for the service location and the contact information should you have any questions.