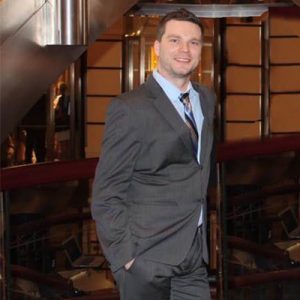 Jesse passed away on August 15, 2019 at the age of 32.  He will be remembered by his loving family; His parents, Jeannie (Darwin) Caswell and Chris Pakulat; his brother, Kyle Caswell; his Fiancée, Laura Bahamon; his grandparents Margaret and the late John McKinley, Maria and the late Alfred Pakulat, and Florence (and the late Edward) Westlake;  his aunts and uncles, William McKinley, Debbie Purisic (Rudi), Ron (Lori) Pakulat, Sherri Widdifield, Maureen Murphy, and the late Shaun West; and many cousin’s who were very important to him.

Cheers until we meet again.

A celebration of Jesse’s life will be held on Aug 21, 2019 at 1:00 pm at Springfield Funeral Home, 2020 Springfield Road, Kelowna, BC. Followed by a gathering at 1626 Ponderosa Way, Merritt, BC. Should family and friends desire, memorial donations may be made to the Canadian Cancer Society, www.cancer.ca. If you wish to send a condolence, post photos or share a memory, please scroll down the page to the area called “Condolences”.

THIS SERVICE WILL BE LIVE STREAMED WEDNESDAY AUGUST 21 AT 1:00PM


The service for PAKULAT, Jesse Johnathon Christopher is scheduled for Wednesday, August 21, 2019 at 1:00 pm . Below you will find the map for the service location and the contact information should you have any questions.