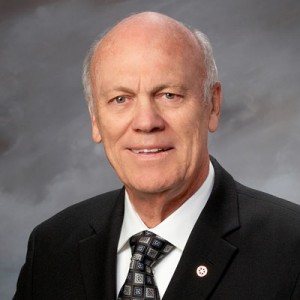 Klaus Reichwald passed away peacefully at his home in Kelowna on March 31, 2018 at the age of 78.  Survived by his loving wife, Lydia of 56 years; son David and his wife Kate and daughter Kari.

Klaus came to Canada from Germany with his parents Friedrich and Gertrude Anna and his brother Manfred (Fred) in 1956. They settled in Edmonton where they set out to start a new life. Klaus got a job in construction while Fred went to high school. A year or so later, Klaus started his electrical apprenticeship in Edmonton and ultimately received his journeyman ticket. A short time later, he completed exams to become the youngest master electrician in the province at that time. In the meantime, Klaus met Lydia in Edmonton at the Trinity Lutheran Church and they were married in March of 1962.

Klaus received a job opportunity and they decided to move to Calgary in 1962. A fortuitous meeting with Dennis Tucker in 1963 led Klaus to start a new job with Western Electrical in 1964, which marked the beginning of his 54 year career with the company. Having settled in Calgary, Lydia and Klaus raised two children, David and Kari, and enjoyed their new life there.

His career at Western Electrical led him to the role of President and through his hard work and dedication helped to build a successful electrical contracting company in Alberta. He developed strong and lasting relationships with employees, clients and suppliers and was known for his honesty, fairness and integrity.

In 1980, Klaus was invited to join Rotary in Calgary and remained an active member all his life. In his later years, he became active in other charitable organizations as he believed in giving back to the community as Canada had given him and his family so much opportunity.

Klaus and Lydia enjoyed travel which took them to many places including China, Australia, Russia and throughout Europe. His trips to Germany to see family and friends were always a highlight. In his later years, he became an avid reader. Golfing became an active pastime for Klaus and Lydia as they spent time in Scottsdale and Kelowna. He always enjoyed working on his house and yard and having friends and family come by, especially to enjoy Lydia’s cooking. He loved nothing more than his early morning coffee overlooking Lake Okanagan.

In November 2016 he was diagnosed with pancreatic cancer and died in March 2018 having enjoyed a good life. In lieu of flowers, donations may be made to Pancreatic Cancer Canada, www.pancreaticcancercanada.ca or to pancreatic cancer research where ever you live.

A Memorial Service will be held on Friday, April 20th at 1:00 pm at Springfield Funeral Home, 2020 Springfield Road, Kelowna, BC.  If you wish to send a condolence, post photos, or to share a memory, please scroll down this page to the area called “share your condolences.”


The service for REICHWALD, Klaus is scheduled for Friday, April 20th at 1:00 pm. Below you will find the map for the service location and the contact information should you have any questions.