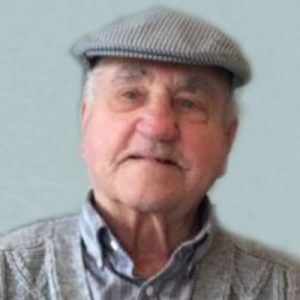 Maurice was born in Skalat, Poland on September 15, 1925 to John Skuba and Maria Bodnarska. He was the middle of 5 children. He immigrated to Canada with his family in 1938 at age 12. The family settled in Broadvalley, Manitoba. At age 17, he left the farm for Winnipeg to work for Canadian Pacific Railway (CPR) where he worked as a carman for 42 years, retiring at age 60. He met and married Frances Nieckarz in 1954. Together they had 4 children. Maurice was ambitious and moved the family to a farm in Cloverdale, Manitoba where he farmed (in addition to working full-time at CPR) for the next 20 years. He was a hard worker. Both Frances and Maurice attended and sang in the choir at the Notre Dame Catholic Church in Selkirk, Manitoba. Maurice joined the Knights of Columbus and achieved the rank of 4th Degree Knight. He was a very sociable person and enjoyed entertaining and socializing with friends and relatives. There were many visitors to the farm over the years. Maurice sold the farm in the early 80’s and moved to Winnipeg a short time before retiring to Kelowna, British Columbia. This is where he lived out the remainder of his 30+ years enjoying the weather, friends, family, playing baseball (in early retirement), maintaining his small orchard and visiting casinos! He was quite proud of his lifetime membership at the Parkinson Recreation Centre Pool.

A Funeral Service will be held on Wednesday, January 16, 2019 at 10:00 am at Springfield Funeral Home, 2020 Springfield Road with Father Cerlouie Jimenez officiating. Interment to follow in Kelowna Memorial Park Cemetery.

Should friends and family so desire, donations in Maurice’s name may be made to the Alzheimer Society of Canada, www.alzheimer.ca.

Send Condolences
Send Flowers or a Sympathy Card
Should family and friends so desire, donations in Maurice's name may be made to the Alzheimer Society of Canada Link: www.alzheimer.ca


The service for SKUBA, Maurice is scheduled for Wednesday, January 16, 2019 at 10:00 am. Below you will find the map for the service location and the contact information should you have any questions.