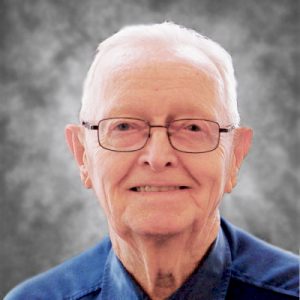 Stan is survived by his sister Dorothy Lambier (Fred) of Agassiz, BC, daughter Linda Manky (Stan) of Quesnel, BC, son Rob Smith (Irene) of Kelowna, BC, grandchildren Michelle (Chris), Kim (Rhys), Heidi, and great-grandchildren Madeline, Elliot, Esmé, and Yuto. He was preceded in death by his wife Elsie (Bitterman) Smith.

Stan was born on October 5, 1924, in Naicam, SK to Leonard and Alice Smith. After marrying Elsie in 1946, they both enrolled in BC Bible Institute, which later became Western Pentecostal Bible College and then Summit Pacific College. After graduating, they moved to Chemainus, BC to lead their first church. Over the years they ministered in several communities around BC including Victoria, Trail, Oliver, Hope, and Cranbrook. In 1968, Stan moved to Vancouver to study at Vancouver City College and became a probation officer, working in North and West Vancouver. In 1977, Stan became a prison chaplain in Chilliwack, BC, where they lived happily for many years. In 2003, he was recognized by the Pentecostal Assemblies of Canada for 50 years of ministry with distinction. When Elsie’s health declined, they moved to Kelowna, BC.

The family would like to thank the wonderful staff at Sandalwood Retirement Resort and Glenmore Lodge for the care of Stan in his final years. They would also like to thank Dr. Alden Lange for the great care that he provided.

A Celebration of Stan’s life will be held on Monday, June 3, 2019 at 1:00 pm at Springfield Funeral Home, 2020 Springfield Road, Kelowna, BC.  In lieu of flowers, please send donations to ERDO-Child Care Plus www.erdo.ca/unsponsored-child-gifts. If you wish to send a condolence, post photos or share a memory, please scroll down the page to the area called “Condolences.”
This service will be live Streamed/Broad cast on Monday June 3, 2019 at 1:00 p.m.


The service for SMITH, Reverend Stanley J. is scheduled for Monday, June 3, 2019 at 1:00 pm . Below you will find the map for the service location and the contact information should you have any questions.