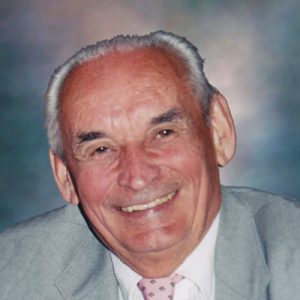 Robert Rudi Kurt Tartsch passed away quietly at his home at Spring Valley Care Center, Kelowna at the age of 92.  He was predeceased by his loving wife of 63 years, Margaret, in 2011; his parents Adolf & Hedwig Tartsch of Germany; his brother Horst of Germany and a sister-in-law Clara Swetko of Winnipeg, MB. He is survived by his daughter Margaret (Wally) Kachanoski of Souris, MB; grandson Kevin (Elisabeth) Kachanoski and great granddaughter Alexis of Airdrie, AB; granddaughter Julie (Brian) Toogood and great grandson Casey and great granddaughter Chloe all of Victoria, BC.  He is also survived by his son Peter (Sharleen) Tartsch; granddaughters Meagan (Josh) Wallace, Alison of Saskatoon, SK, and Morgan Haarstad of Prince Albert, SK.  Kurt also leaves behind to mourn his brother Hans-Peter (Gerda) Tartsch of Germany; sisters-in-law Elsie Frank of Winnipeg, MB, Charlotte Jobst of Kelowna, BC, Irene Herman (Rudy) of Kelowna and brother-in-law John Hamrak of Atikokan, ON.

Kurt was born in Loos, Germany on August 19, 1926 to Adolf & Hedwig Tartsch.  He was the eldest of 3 sons.  Kurt was a great student, but WWII cut his education shorter than expected so he did not go on to university.  He was wounded but recovered later. Kurt met the love of his life, Margaret Hamrak, from Czechoslovakia and they were married in Germany on May 29, 1948.  They emigrated to Winnipeg with their daughter, Margaret, in 1952 and added a son, Peter, in 1955 to complete their happy family.  Kurt worked for Burns Meat Packers and had a second job plastering houses, garages, etc. for 13 years.  In 1965, Kurt and Margaret bought and operated a successful grocery store in Silver Heights, Winnipeg until Kurt began working at Safeway in 1973.  He retired in 1990 when they moved to West Kelowna, BC where they enjoyed the mountains and many happy years with family and friends.

Kurt and Margaret loved to travel all over the world with their family and friends.  Kurt was a gentle, quiet, hard-working, happy, man; an exemplary husband, father, grandfather and great grandfather, brother-in-law and uncle who loved his wife and family and never complained.  Kurt left us quietly as was his personality and will be sadly missed and lovingly remembered by all his family and friends.

A Funeral Service will be held on Saturday, June 22, 2019 at 1:00 pm, at Springfield Funeral Home, 2020 Springfield Road, Kelowna BC with a reception at the same location will follow. If you wish to send a condolence, post photos or share a memory, please scroll down the page to the area called “Condolences.”


The service for TARTSCH, Kurt Robert Rudi is scheduled for Saturday, June 22, 2019 at 1:00 pm. Below you will find the map for the service location and the contact information should you have any questions.