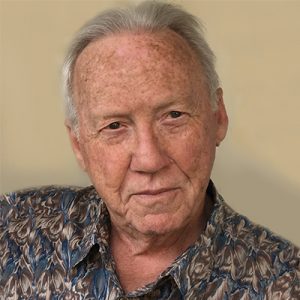 Bert was born in Winnipeg, MB on March 21, 1935 and passed away after a brief illness, at the Kelowna General Hospital on August 27, 2019. He leaves behind his loving wife of 64 years, Lily, and their 5 daughters Karen (Lance) Mustonen, Deborah (Kevin) Porterfield, Kathy Tisher, Carmen (Tim) Huisinga, and Andrea (Todd) Machnee, as well as his 13 grandchildren and 1 great granddaughter. He was sadly predeceased by his daughter Kirsten Candy in 2017.

The second of four children born to Martha and John. Bert was musically inclined from an early age, and excelled in his academic and music studies and counts one of his teachers, Mr. Pearce at Daniel McIntyre Collegiate, as a mentor and friend.  Bert and his family attended Mission Baptist Church in Winnipeg, and it was there that he met Lily in the young adults group. During this time, they also became lifelong friends with many of the younger couples that later also moved to Kelowna, BC and attended Grace Baptist Church. Lily and Bert married on Oct 2, 1954 and would have celebrated their 65th wedding anniversary this fall.

After marrying, they moved into Martha and John’s basement suite and within two years they had their first of six daughters, Karen Lily.  Bert was by this time working as a drafts-person after completing course studies in drafting and building design. By the time Deborah Rose arrived in 1958, Bert and Lily were living in a home across the street from his parents who continued to help in caring for the grandchildren. Katherine Fern and Kirsten Iris, “the twins”, arrived in 1960 and Carmen Jasmine in 1963.

In 1965 Bert and Lily took a family vacation to Victoria, BC and stopped first in Kelowna to see their friends, Adolf and Edeltraut, and Art and Ruth Stuerle. Both Lily and Bert loved the beautiful scenery and weather.  Bert spoke with one of the architectural firms in Kelowna inquiring about work, and in 1966 he was offered a position and the rest is history!  At the age of 31, with wife and 5 children (age 10 and under!) in tow, Bert moved to Kelowna. He built and designed the home that the girls grew up in on Lombardy Square and that Lily currently resides in some 52 years later. Andrea Laurel arrived in 1967 and was the 6th daughter to Bert and Lily.

In the late 60’s Bert opened his own business, Bert Tisher Design, and his work can be seen in many of the residential, commercial and church buildings in Kelowna, including Grace, Trinity and Lakeview Heights Baptist Churches and Springfield Funeral Home.  In 1970 Bert and Lily opened “Just Things” in Orchard Park Mall, a European import kitchen and gift shop. Lily managed the store and the girls grew up working the register and enjoying part-time employment until the store closed in 1980.  Bert worked for many years in a downtown office and eventually moved his business to the basement of the house. He continued to work part time well into his 70’s and even the occasional consultant work in his 80’s.

Bert enjoyed many hobbies and was a voracious reader. He took the girls to the library every Tuesday evening to spend hours there, and ignited their own love of literature. He loved to travel – he and Lily visited Europe, the U.K., Barbados, Mexico and frequented the various islands of Hawaii.  Bert also enjoyed playing golf, board games, daily crossword and sudoku puzzles, and playing Rook with the Grace men.  He continued his love of music by singing in the Grace Baptist Church male choir as well as singing tenor in the men’s quartet with Alfred Singbeil, and Art and Adolf Stuerle. Bert was a board member of Green Bay Bible Camp and the Brookside Senior Citizens Housing Society for many years.  In his continued quest of learning, Bert became a bow maker and took pride in his craft, even creating bows for his granddaughters that play violin and cello. All his grandchildren would say that he had an enviable collection of Lego. Bert also designed and built a second home on a property adjacent to Karen’s home out in Castlegar (Goose). He loved to spend time out there enjoying the countryside.

He will be missed for his witty sense of humour, his creative out-of-the-box thinking, his intellect and sharp mind, and lifelong love of reading and learning.

A Memorial Service will be held on Monday, September 9, 2019 at 1:30 pm at Springfield Funeral Home, 2020 Springfield Road, Kelowna, BC. In Lieu of flowers, donations may be made to World Vision, www.worldvision.ca. If you wish to send a condolence, post photos or share a memory, please scroll down the page to the area called “Condolences”.

THIS SERVICE WILL BE LIVE STREAMED/BROADCASTED MONDAY SEPTEMBER 9TH AT 1:30PM


The service for TISHER, Bert is scheduled for Monday, September 9, 2019 at 1:30 pm . Below you will find the map for the service location and the contact information should you have any questions.